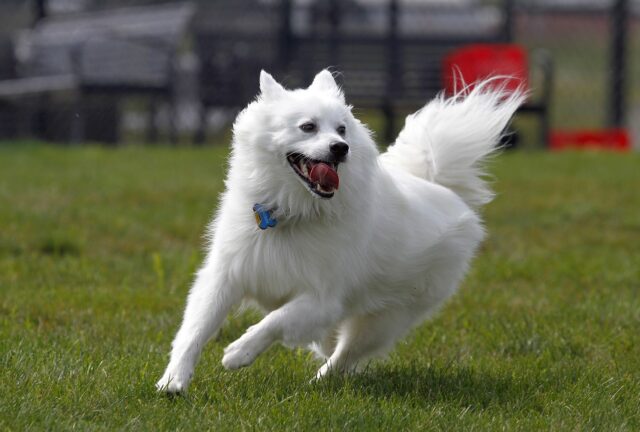 Gloria owns a 9-year-old American Eskimo Dog named Lady. The dog got into an accident and broke her jaw. Lady was playing with another dog, and when she bumped into the other dog, her jaw cracked.

Gloria went to other animal clinics, but she couldn’t find ones that do jaw surgery. She arrived at Planned Pethood Plus, and Dr. Jeff Young greeted her. He was very nice and accommodating and made Gloria feel secure.

Dr. Jeff took a look at Lady and wondered why her jaw gave up so easily. He suspects that there’s more going on with Lady’s dental health. The vet began to work immediately.

Dr. Jeff took a look at the X-ray results and saw where the jaw broke off. His plan was to insert three wires around the jaw to stabilize the injury. He also asked his wife, Dr. Petra, to help him with the process since his fingers are too large for maneuvering inside a small dog’s mouth.

Dr. Jeff found out something about Lady’s dental health while he was preparing for the surgery. Lady’s teeth and jaw were infected. They’ve been rotting. The vet had to pull out a few teeth.

It became clearer why Lady’s jaws easily broke off. Usually, dogs don’t get a broken jaw by simpling bumping into each other. Dr. Jeff emphasized the importance of dental care for dogs as he pulled a few more teeth out.

Dr. Jeff and Dr. Petra successfully installed the wires. When Gloria came back, Dr. Jeff told her the good news. Lady will surely recover after a few days. Gloria only had to feed the dog softer food for a while.

Dr. Jeff also explained to Gloria why her dog’s jaw broke. The woman understood and promised to take more care of her dog’s oral health. Gloria went back home with her dog with a satisfied look on her face.