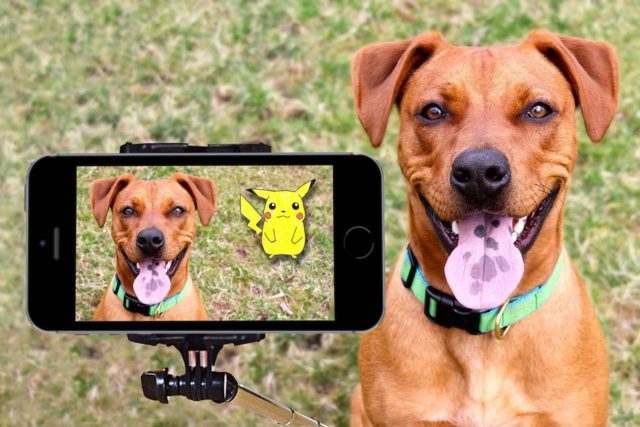 Stacy Burns was waiting for the arrival of a UPS delivery one day. In that extraordinary day, she filmed the scene when a UPS driver arrived and her dogs bonded with him happily. Daniel Kidd, the UPS driver, had a great friendship with her dogs. She was excited about it, and she wanted to show the video to her husband.

Stacy Burns said that he always showed love and affection to their dogs that made them feel loved and cared for. The dogs were always seeking attention to anyone they met, and that made them special. They were all taken care well and wanted to feel loved.

When the driver arrived in their place, the dogs ran and gathered towards him. The dogs’ names were Reba, Buster, and Jade, and they were all happy to see him. He decided to sit and take a selfie with them, and the scene was recorded by Stacy. She uploaded the video on Facebook, and it reached more than one million views, fifteen thousand shares, and positive comments.

When Reba was lost, Daniel was the one who found her and brought her home. Since then, the two had a great bond, and they were always excited to see each other. Stacy also admired Daniel’s positivity as he was happy showing affection to the dogs despite the struggles at work. While he was doing his job, he still managed to spare time with them.

Daniel showed that anyone could have a chance to love dogs in any situations. Dogs didn’t choose who to love because they could love anyone unconditionally. They loved him because they knew that he cared for them. They just gave back the love that they received from him, and that was the firm foundation of their friendship.

Stacy wanted to impart to everyone that dogs were very loving and loyal. To show loyalty, they could even risk their own lives for the sake of their loved ones. They were always delighted to see anyone who loved them. They were very thankful for the friendship that Daniel gave them and that friendship would last forever!

Watch the video below:

U.S. Veteran Pays It Forward By Training A Dog For Service