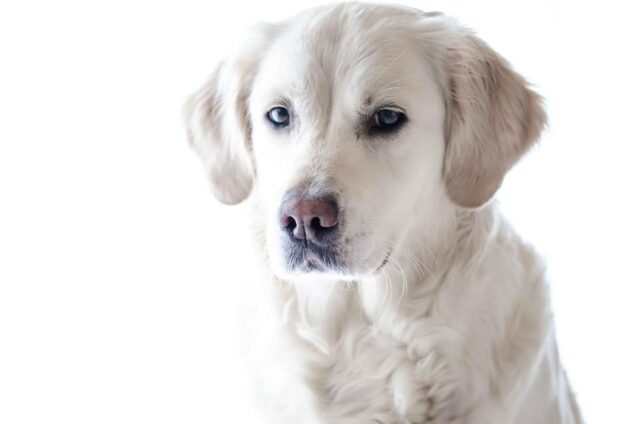 When someone did a huge favor for you, do you pay it back or pay it forward?

Sgt. Christy Gardner promised to train a future service dog to show her gratitude to her service dog, Moxie.

Christy served in the U.S. Army until she lost both of her legs during her deployment overseas. She felt extreme depression when she was forced to retire from the service. She even entertained the idea of ending her life because she thought that she was already useless.

Moxie, a Golden Retriever, was assigned to help Christy in performing her daily tasks. Moxie became not only a service dog to Christy but also a gentle home companion whom she can stick on through thick and thin. 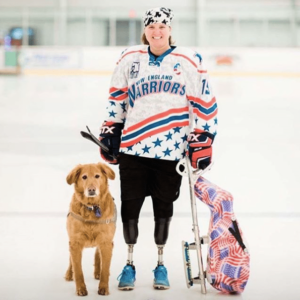 Christy feels grateful for Moxie; if not for her, Christy could’ve ended her life.

Christy thought of training a pup to become a future therapy dog as her way of showing her gratitude towards Moxie.

Tiny Tim is a yellow Labrador Retriever puppy who was born with a physical defect. Tiny Tim’s right leg is twisted, but Christy saw potential on this little puppy that he would be a great therapy dog for the students studying at Leeds Elementary School in Massachusetts. Christy wants to train Tiny Tim to show that disability isn’t the end of the world. 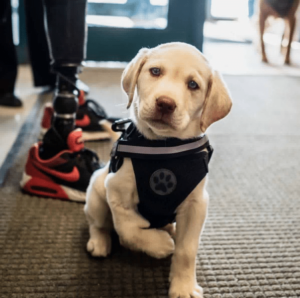 Before she trains Tiny Tim, his leg needs to be amputated first.

We wish Tiny Tim good health, and we will look forward to his mission to help young children in the future.