Home Dog Stories This Dog Was Discriminated Inside A Shelter But One Person Came To... 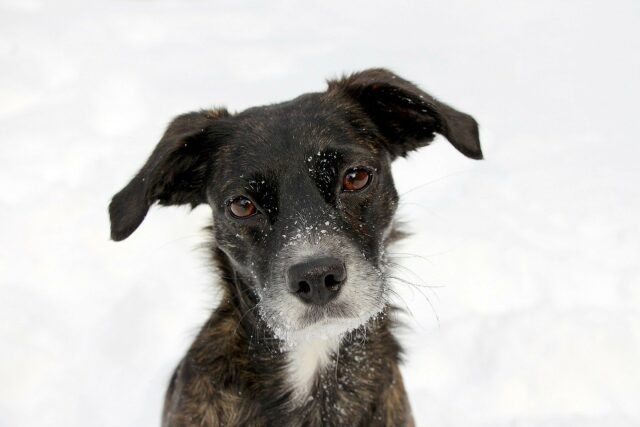 Dogs also get a dose of discrimination when it comes to shelters. For example, dogs with black fur tend to be euthanized more often. Butch is one example of a dog who almost went through such a horrible experience. If it wasn’t for one person, she wouldn’t be alive.

Butch was adopted by a non-binary person named Cam. Cam saw an Ad for Butch describing her like a burrito of love. Cam didn’t hesitate and quickly adopted Butch.

Cam felt a strong connection with Butch. They described it as something they have never felt before with another creature. Cam describes Butch as their solid rock.

Cam and Butch got together when the former was going through therapy. Cam was worried that Butch might not recognize them because they might smell different. Fortunately, the changes never phased Butch.

According to Cam, Butch has a certain duality with her personality. She loves being pampered. Cam loves to give her pedicures. However, Butch also enjoys exploring the outdoors and go camping and backpacking.

Cam moved across the country to go to nursing school. It has been such a challenge for them because they would often spend late nights studying. Butch would be there with Cam accompanying them during such endeavors.

With Butch keeping Cam company, the latter didn’t feel alone while the world was sleeping. Cam believes that Butch has the ability to read the room in ways that many dogs can’t. Cam is proud to say that Butch changed their life so much.

Cam has been engaged recently however, they are not afraid to say that Butch was still the best thing that happened to them. Cam described becoming a more even-keeled person. They also said that Butch has influenced them to be more present.