Home Dog Stories This Blind Pug Is Hoping To Find A Home For Him And... 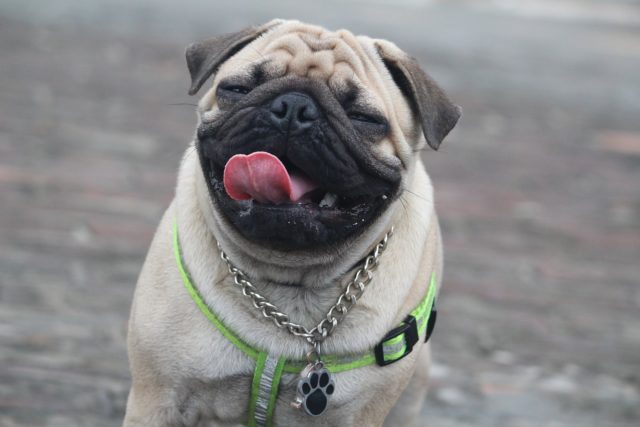 The Colorado Pug Rescue that is located in Greeley, Colorado, is searching for a family that would take in two of their newest foster dogs. They are Augie, the blind 12-year-old pug, and his seeing-eye Chihuahua best friend named Pepe.

Augie and Pepe ended up in the shelter back in August 2019 when their owner suffered from a terminal illness. Now, the pair is ready to move into a home that they can call their own. Rescue volunteer, Cyndi Trimber, said that these two are like a package deal. They were taken from the only home that they had ever known and were thrown into a new one. Augie and Pepe depend on each other a lot as they go through it all.

Currently, Cyndi serves as the pair’s foster parent. According to her, Augie and Pepe are inseparable. They sleep and eat together. She finds it really sweet that the two depend on one another like that. However, over the last few months, Augie had to depend on Pepe a bit more.

When Augie arrived at the shelter, the staff learned that he had a heart murmur. They took the pup to a heart specialist for him to undergo an echocardiogram. Thankfully, they found out that it wasn’t a severe problem. However, Augie developed a mild case of pneumonia soon after.

The adorable pug’s treatment with antibiotics and cough medicine was successful. But then, Augie also had to be put on anesthesia for surgery because of his preexisting dental and optical problems. Although Augie has been blind for almost his entire life, it was only during the recent operation when his eyes were removed.

The shelter spent a total of $3,100 for this procedure, including the major dental surgery. Because of that, the rescue group is hoping to find dog lovers who will consider donating money to cover Augie’s medical bills. Hopefully, the shelter staff will soon find a forever home for the pair too.