Home Dog Videos These Two Dogs Fight Each Other During Walks So The Owner Asked... 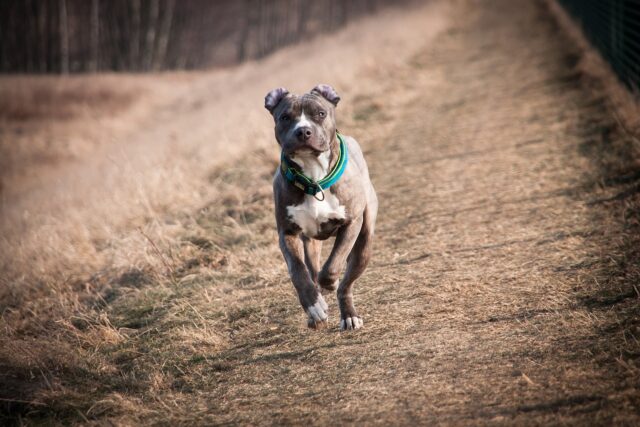 Owners who have powerful dogs need to have a high level of control towards them. If strong dogs are not handled properly, they can become troublesome for the owner and the people they interact with. One prime example of this is an owner named Dawn and her two dogs.

Victoria Stilwell, a veteran dog trainer, visited Dawn to see how bad the situation is. The trainer saw how reactive the two dogs are. Dawn walks with both of them at the same time, which makes the situation harder to handle.

Dawn wants to go hiking with his friends. However, she can’t do that if her dogs are not calm. Strangers have hated her before because her dogs will always go and attack other dogs. The two dogs would even fight each other if there were no other dogs to fight.

After talking with Dawn, Victoria knew how to go about the training process. The trainer worked on one dog at a time. She introduced a new command to them.

Whenever the dogs look at Victoria, she says the word “focus” and gives a treat. Soon she was able to get their attention by saying that word. Victoria also asked Dawn to do what she did, and the owner was able to replicate the results.

Next, Victoria moved both dogs to a more enclosed area. She then introduced the use of the whistle. The whistle served as a louder recall sound to get the dogs’ attention. Dawn also learned how to incorporate the tool.

After more training, Victoria asked Dawn’s friend for assistance. The friend brought her dog to see if Dawn can keep her dogs under control in their presence. The owner was able to contain her dogs’ energy during that time.

Video courtesy of It’s Me or The Dog via YouTube.