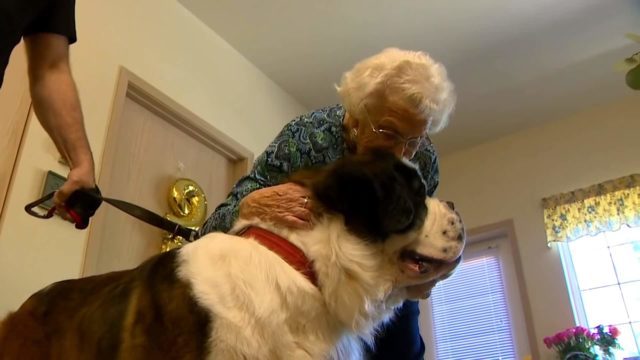 Brody was still a pup when his family moved into the neighborhood. Everyone adores the Brody — who could ever resist a fluffy St. Bernard puppy? Right next door, with nothing but the lawn between their houses, lives Sally, a senior, who happens to be one of Brody’s many adoring fans. Sally, conveniently located nearby, often gave the bouncing furball some bread and let him hang out while she’s watering her garden.

It isn’t a surprise that the giant puppy came to like this frail elderly widow and visits her often. Soon, the visits became very frequent. Sally expected Brody to drop by every day. When Sally is not by the door, Brody would peep in her window sill to check on her. 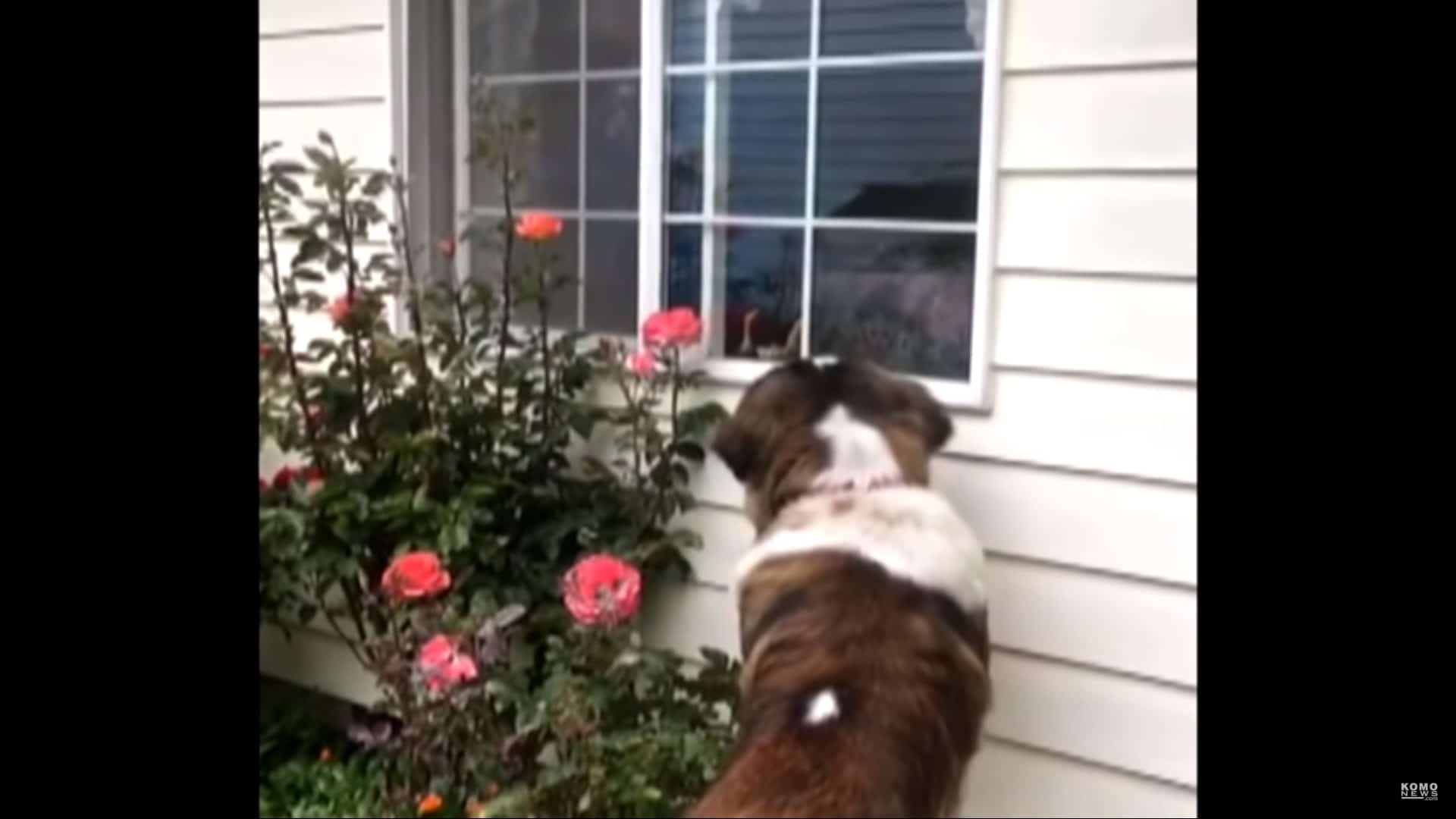 Eventually, the St. Bernard grew older and bigger, and boy, did he ever grow big! Sally affectionately called Brody “this little beast” yet, whenever she sees him, she gave him lots of cuddles as if he was still a tiny pup. They would sit on Sally’s sofa and watch their favorite weather channel together.

As time went on, it could be noticed that Sally moved with more difficulty. The hunch on her shoulders grew steeper, yet she never failed to welcome Brody with a big, wide hug. One day, Brody peeped in Sally’s window sill and found out that his favorite neighbor wasn’t there.

The next day, he went back, looking for his old buddy. Still, no signs of Sally. He just couldn’t understand. Where did Sally go?

Brody’s owners knew full well what had happened to their elderly neighbor. The old woman suffered a heart attack and had to give her home up to live in foster care. Brody’s owners couldn’ bear to see their giant baby boy sad, so they all hopped into their car and drove to Sally’s nursing home.

How do you think the reunion went? Find out in the video below: