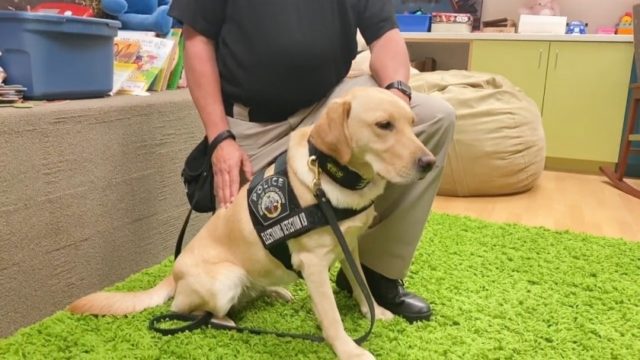 A two-year-old English Labrador who has been trained to sniff out memory cards, cell phones, and other memory storage devices started her job in San Diego a few months ago. The pooch’s handler Ron Burleson thinks that the dog has already proven her worth. 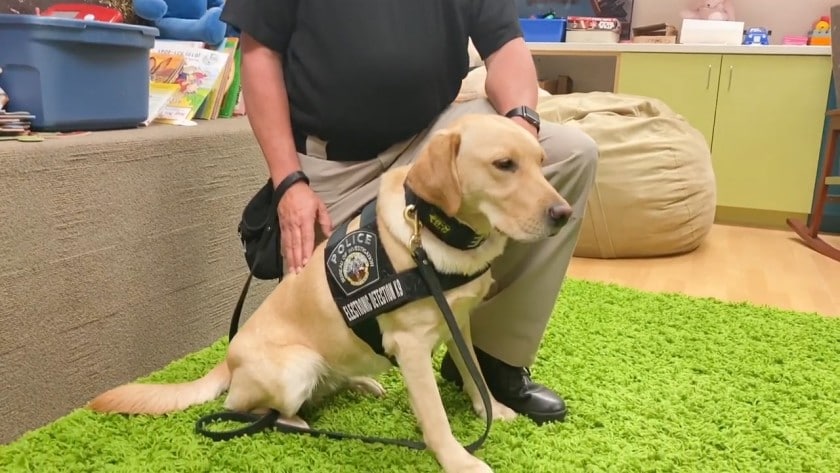 The dog has been involved in half a dozen probation and warrant searches with Ron, who works with the county district’s attorney office as an investigator.

The dog named Willow was once able to find a cell phone that officers from a law enforcement agency missed during their search.

Burleson and Wilson have been assigned to a task force that deals with internet crimes committed against children. The task force draws resources from federal, state, and local law enforcement agencies to bring those offenders to justice who use the internet to exploit children.

Burleson told reporters that he was confident that because of Wilson, the department would be able to find things that they had missed before.

Electronic devices such as thumb drives, hard drives, cell phones, and memory cards have a distinct chemical compound that allows Willow to sniff them out. Predators often conceal the devices, and law enforcement officers can find it difficult to locate them.

Burleson told news outlets that when the dog starts hitting something, it meant she had found a storage media because the compound found in a storage media could not be used for anything else.

When the dog is able to find a storage device successfully, she is treated with a food reward.

Willow was initially trained to be a service dog but then had a career change and went in electronic detection.