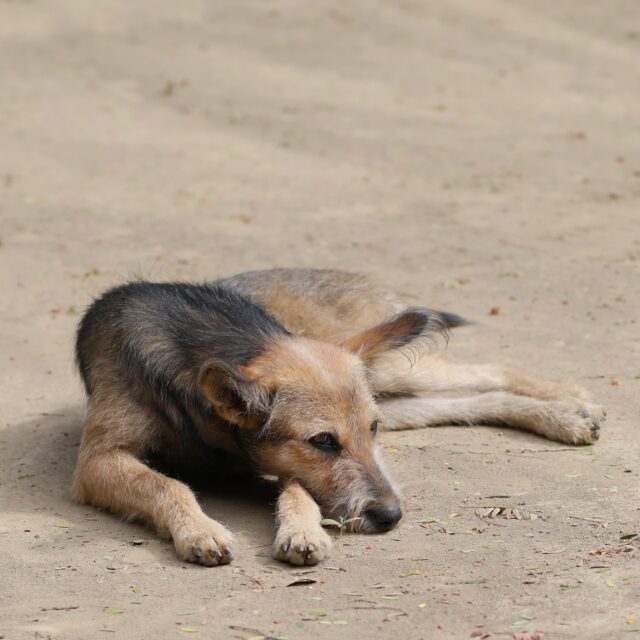 Living in the streets is tough for dogs especially because they have no hoomans to look after them every day. Whenever something bad happens to them, they are left to handle it all on their own and suffer the pain alone.

The Soi Dog Foundation, a local animal shelter in Phuket, Thailand, received an email from German tourists that they saw a stray dog who seemed ill and paralyzed, dragging herself along the streets of the national park on the island.

John Dalley, the co-founder of Soi Dog, heard about it and immediately drove to the park along with an animal rescue officer. As they reached their destination, they saw the dog who they named Molido. Even though she was paralyzed, the pooch was able to run away from John when they were approaching her. 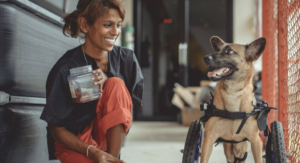 Molido seemed very terrified of humans. They even tried to lure her closer with a chicken barbeque but to no avail. John and the rescue officer consistently tried to gently approach the pup and eventually, she warmed up to them and allowed them to touch her.

They immediately brought Molido to the Soi Dog Foundation hospital to have her checked. The pup was only three years old back then. The vets were not sure how the pooch got paralyzed but she was most likely hit by a car and was left alone.

Maeve Henry, the head of creative at the shelter says that Molido had sustained a spinal fracture. But more than that, she also had extensive wounds on her hind legs causing some infections. The pooch was also anemic and was very weak.

The hospital formed a medical team for Molido that was focused on stopping her infections, and eventually treating her other injuries. They wanted to pooch to grow stronger and gave her enough meals and nutritional supplements to keep her going. 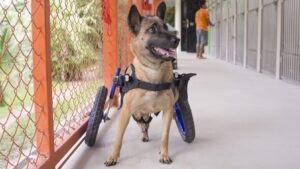 Molido was under intensive care for two months. She was still very frightened of humans touching her but she eventually trusted that they will not hurt her in any way. The pooch also underwent physiotherapy to see if she could walk again.

After months of therapy, there was still no improvement to Molido’s hind legs. So instead, they gave her a wheelchair to help her move around freely and the doggo happily adapted to it quickly. Although the pooch could no longer walk, her personality changed and started to trust humans more.

In 2018, Molido got adopted by a fur parent in the United States and flew there all the way from Thailand. Janet Turner, her new hooman says that the pup settled in quite quickly together with her new dog siblings. Molido now finally has a place to call home.