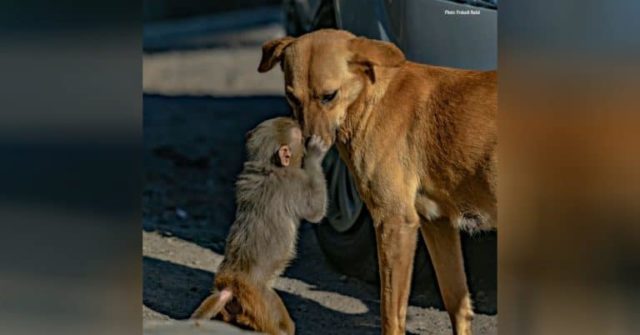 Dogs love us, humans, unconditionally. Yet this unconditional love isn’t only for us; they also include other species in this love.

In northern India, a dog that was pregnant started caring for an orphaned monkey because its mother and other monkeys were poisoned under the assumption of destroying crops. Said dog’s maternity instincts started working after hearing the baby monkey’s cries.

Prakash Badel, a photographer, took heartwarming pictures of the two after seeing them while taking pictures of birds in the vicinity. He was moved by the dog’s compassion and unconditional love, and he spent a whole day photographing them. He also allowed the little monkey to take a nap on his lap. 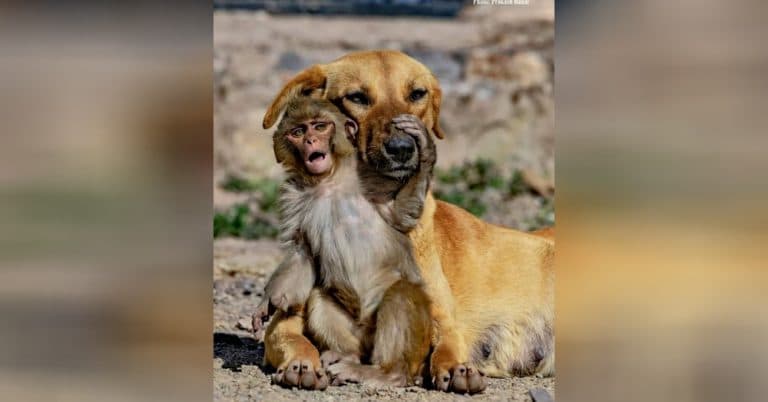 He called the dog as “Brown,” and the monkey as “Bajrangi.” Badal said in his post that milk started flowing from Brown’s lap for Bajrangi

She was patient with Bajrang while he played and climbed over the expecting mom. Brown is a seriously good mother for Bajrangi, and that proves that there is no kind of love like the one from our mothers. 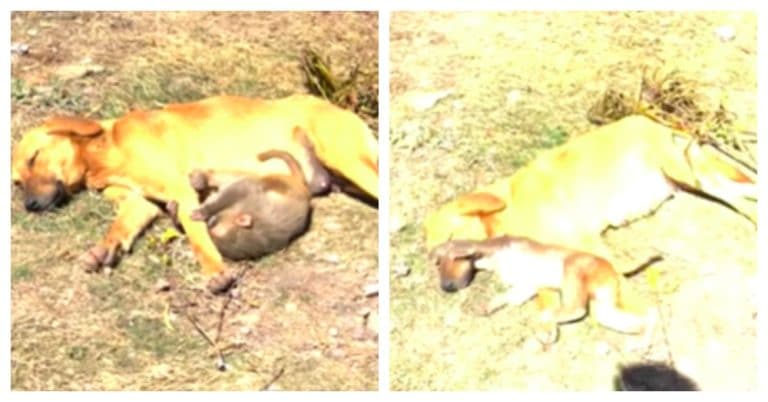 Badal spent some time observing and hanging out with Brown and Bajrangi. After that, he said that even if conflicts sometimes occur between dogs and monkeys, the mother’s relationship is more significant.

Badal felt that a mother, when faced with a small and defenseless child, would have her maternal instincts kick in. They would take the initiative and take care of it, even if the said child is from a different species.

Badal also said that Brown and Bajrangi’s relationship has something to teach us, humans. The lesson being that we shouldn’t kill our fellow humans just because they are from a different religion or cast. 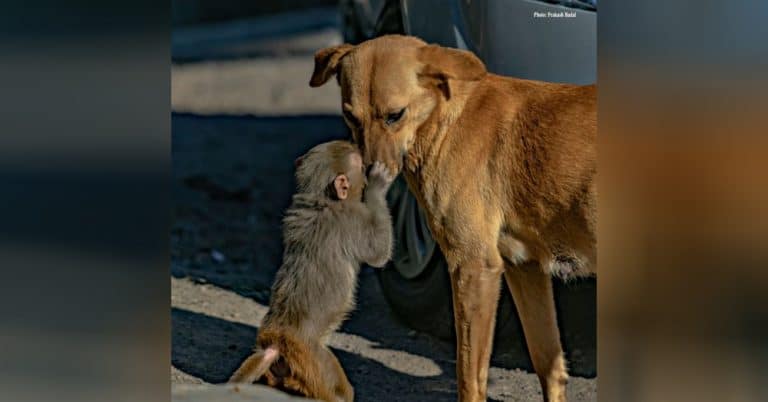 Animals have so much to teach us humans. Watch Brown show neverending love and care for baby Bajrangi down in the video below.