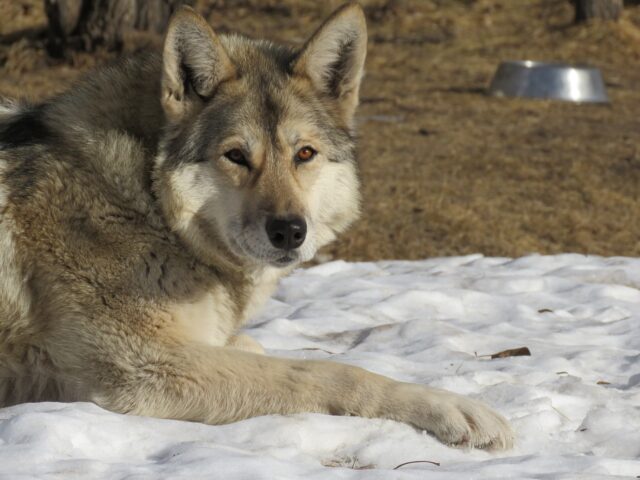 Dog owners would do everything to make the remaining days of their beloved dog memorable before it crosses the Rainbow Bridge.

Mayor Paul Heroux of Attleboro, Massachusetts, has spent a two-week road trip with his dog, Mura, to go back to visit its birthplace. Mura, an 11-year-old Japanese wolf dog, was diagnosed with blood cancer in September 2018. The doctors say that Mura has only a few months to live.

Mura has been Paul’s constant companion since she was still a puppy. She is considered as Paul’s best friend. Paul brings her wherever she goes-schools, nursing homes, and even at the city hall. Mura is regarded as the official dog of Attleboro, Massachusetts.

Paul was determined to fight for Mura, but he is also preparing himself for the worst. He cannot give Mura more days to live, but he promised that he would spend quality time with her.

Paul planned a two-week road trip for her a month after she was diagnosed with cancer. He planned to bring Mura to Vancouver Island in Canada to meet her breeder.

Paul regularly posted their adventure on Facebook. Each photo went viral, that it gained hundreds of likes and comments from people around the world.

Watch this video clip from CBS Evening News to know more about Paul and Mura’s adventure:

It was a sad day for Paul, but he knew that he could make Mura comfortable and happy, especially during her last days on Earth. The whole Attleboro community was also mourning with Paul.

Mura may have been gone, but she will be in the hearts of the people of Attleboro forever.