Home Dog Stories Man Unable To Contain His Emotion After Finding Out He Can Keep...

Toby was found wandering alone in an auto repair shop somewhere in South Korea when he was found. It was winter, and he seemed to have been abandoned by his previous owner. He was brought to an animal shelter, unfortunately, there weren’t enough indoor kennel space at that time.

Toby spent most of his time in a kennel outside as there was a scarcity of space in the shelter. Toby slept with hardly any protection from the cold. Eventually, a shelter from South Korea that worked to save dogs from the dog meat trade rescued Toby. From the rescue house, Toby was flown to the United States to a foster family that would temporarily look after him. 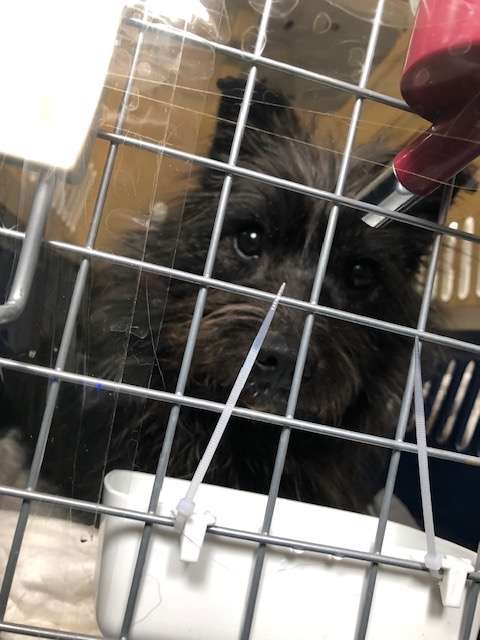 Toby was really uncomfortable the first time he arrived in his foster home. He did not want to come out of his crate, and he was too hesitant to join his new family. His new parents were so patient with him and made sure he felt loved just as much as they did their other dog. 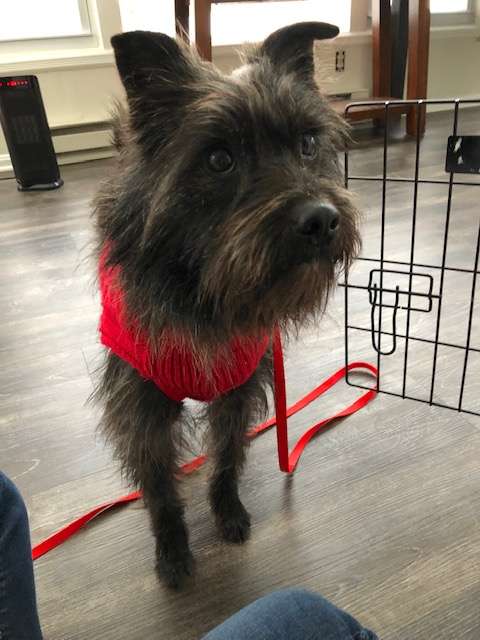 Anne Hoang said that they initially planned to just foster him in as they look for a family who would adopt him. Little did they know that Toby would be so close to them, especially to her husband. Anne Hoang thought that her husband would feel terribly sad if Toby would have to leave for a new family. 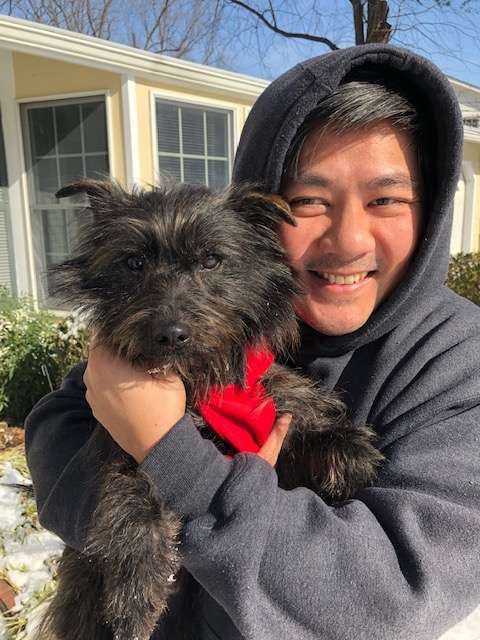 Anne Hoang finally decided to officially adopt Toby. She wanted to surprise her husband, so she called the rescue shelter to inform them, and they were so eager to help her with the plan. The rescue needed to do a home check before making the adoption official. Anne Hoang decided to ask the rescue staff to come over and to tell her husband that a potential adopter will see Toby.

The rescue staff handed a card over to Anne Hoang’s husband. As soon as he read the card, he tried to hold his emotions but was not able to contain it when he found out that Toby has found a forever home with them. Everybody in the room was filled with so much emotion and cried tears of joy.