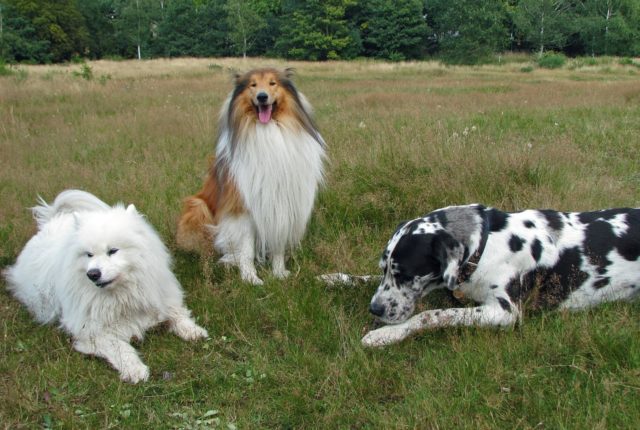 Senior dogs are often difficult to place in a permanent home. They often languish in shelters, unwanted. Luckily there are a few good people who specifically want a senior or unwanted dog. Meet Steve Greig, an accountant from Colorado who has adopted eight (so far) unwanted dogs. 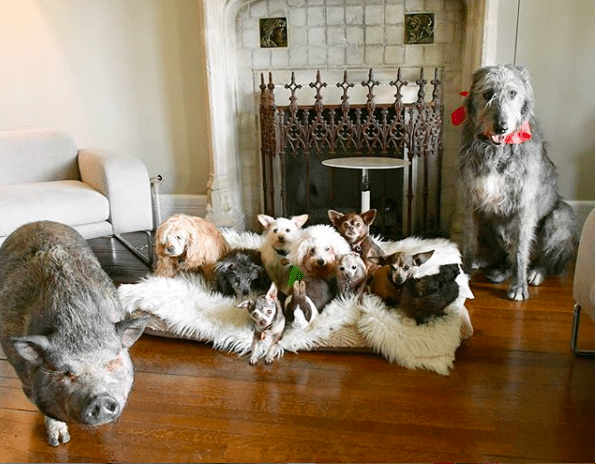 A few years ago, Steve was having a terrible time grieving the loss of his beloved dog. As the months passed, he found he wasn’t feeling any better. He knew to heal, something good had to happen. That’s when Steve got the idea to visit his local shelters and ask for all the dogs that nobody wanted.

Steve grew up with a lot of pets in his home. Both his parents loved animals, and Steve was allowed to have as many as he wanted, granted he could care for them. So having lots of dogs (and other animals) in his home now seems normal and has given him the companionship and love he needed to heal. 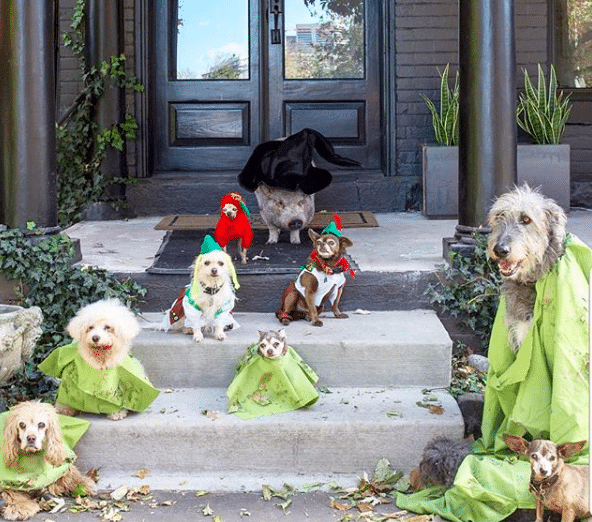 Steve’s first adopted dog was a twelve-year-old Chihuahua named Eeyore. Eeyore was very old and had a heart murmur and bad knees. His other new pets are Enoch, an Irish Wolfhound; Engelbert, another Chihuahua; Loretta, a mixed breed terrier; Doris, who is blind and deaf; Enda, who loves to get dirty; and Melvin. Steve also lives with his sister’s dog and his roommate’s dog, rounding the number out to ten!

The accountant tries to spend some one-on-one time with each pet weekly. Eeyore loves a weekly trip to the local liquor store, where the staff all know him by name, and he helps select wine for Steve. Here’s a video on Steve and his dogs:

Steve’s schedule is very busy with the dogs. He typically is up at 5 am to prepare breakfast for each dog. Because he has so many dogs, there are many different diets. He then gives medication to the ones who need it and goes to work. Luckily he works close so he can come back at lunch to tend to them. Steve also has a pig, rabbit, and a chicken.