Home Dog Stories Lazy Scottish Pup Gone Viral On Twitter For Refusing To Get Out... 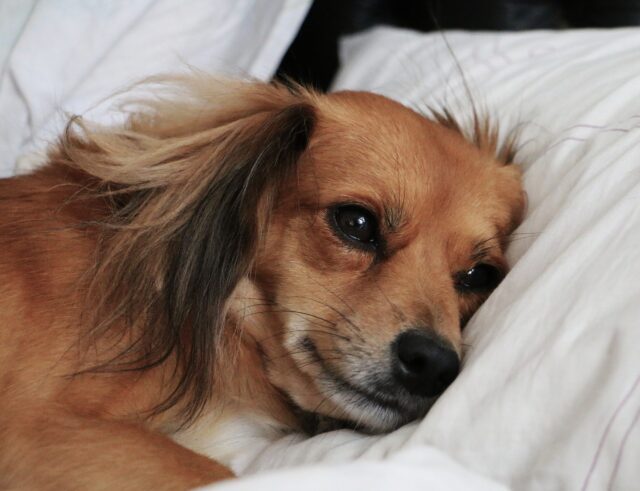 A lazy dog from Scotland became viral on Twitter for refusing to leave an extremely comfortable bed one morning.

Needless to say, all of us could relate. This pup is our mood, especially during Mondays.

In the 16-second video clip, you will overhear the dog’s owner inviting the pooch to go with him for a walk. But Malcom, the cozy pup could not be persuaded to get up from the covers, even after luring him with some food.

Mhairi-Louise Brennan, the dog owner, uploaded on Twitter the clip of his dad sweet-talking the pooch. Now, the video has gained popularity online, with more than 260,000 views.

As stated by the American Kennel Club, most dogs normally sleep 12-14 hours per 24-hour cycle.

Just like humans, the older the pups get, the more sleep they need too. The elderly canines get tired quickly, and additional rest helps them function well.

In the same way that kids tuck themselves out when they explore and play, pups sleep fully too after having great fun.

Even the breed is also a factor in a dog’s sleep pattern. The larger pooches tend to get more naps as compared to the smaller ones.

Many pups could sleep more because of their sedentary lifestyle, and since their sole purpose is just for companionship. But the case of working dogs is different. These canines are bred to be more active, so they need complete attention for their tasks, especially during long shifts.

Indeed, dogs’ sleep cycles are comparable to humans, yet, we have more extended sleep progression than them. As we spend around 25 percent of our time in the Rapid Eye Movement (REM) phase, dogs have about 10 minutes’ time only to enter the REM stage.

Although dogs have the ability to fall asleep effortlessly, they are also easily disturbed for alertness. Because of the inconsistent sleep schedules that result in their lower REM rates, dogs sure need more total sleep than people do.