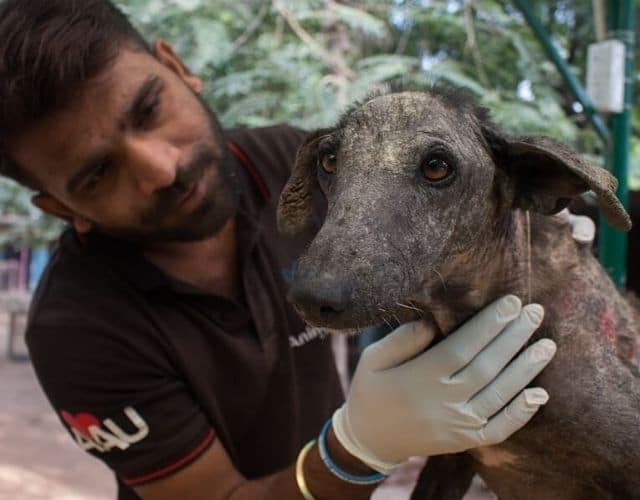 In an Indian village, a homeless dog with an extreme case of mange caught the attention of Animal Aid Unlimited. The scrappy looking dog had been wandering the streets of Udaipur, Rajasthan, India for a long time. Someone had noticed the stray dog suffering from a terrible skin condition accompanied by a persistent itch, and called Animal Aid Unlimited.

A rescue team from Animal Aid Unlimited arrived in Udaipur and found the dog resting on an improvised bed in the middle of the street. The mangy dog looked weary from suffering for so long, and she was covered in self-inflicted wounds. The poor girl had been continuously scratching her entire body due to advanced mange. 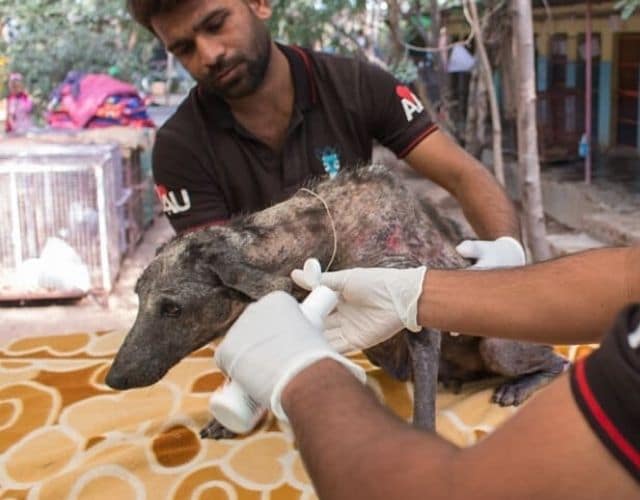 Rescuers from AAU knew they had to gain the stray dog’s trust before they could bring her back with them. The dog from Udaipur was all shriveled up and fading fast. As the team examined the Udaipur puppy, the crusted scabs all over her body started cracking everywhere. The team carefully wrapped the mangy dog in blankets and carried her away to their vehicle. 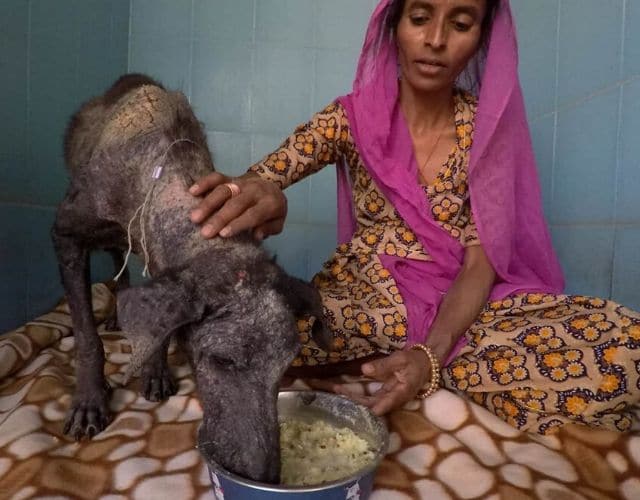 The staff at Animal Aid Unlimited began intense treatments to heal the poor dog. Then for several months, AAU administered medicated baths and special treatments to rid the severe mange. The Udaipur stray was intimidated by all the people at first, but she soon calmed down and began the healing process.

Because of the AAU’s tremendous work and dedication, the Udaipur dog began to transform into a healthy, social dog. The staff at Animal Aid Unlimited decided to name the sweet dog Shimmer because she would always light up the room with her personality. The team also said the name Shimmer reminded them of dancing sunshine. 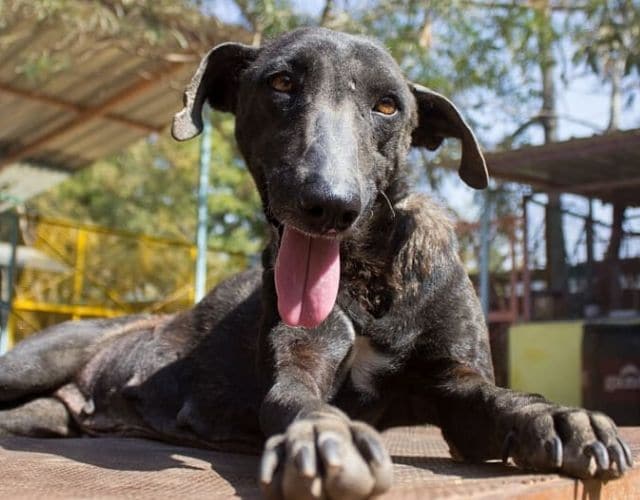 Shimmer was once very afraid to have anyone touch her because of her mange. Now, Shimmer takes her medicated baths willingly, knowing that touch doesn’t always have to hurt.