Home Dog Stories Guy Adopts Ten Dogs, Then Takes Them To A Cross-country Roadtrip To... 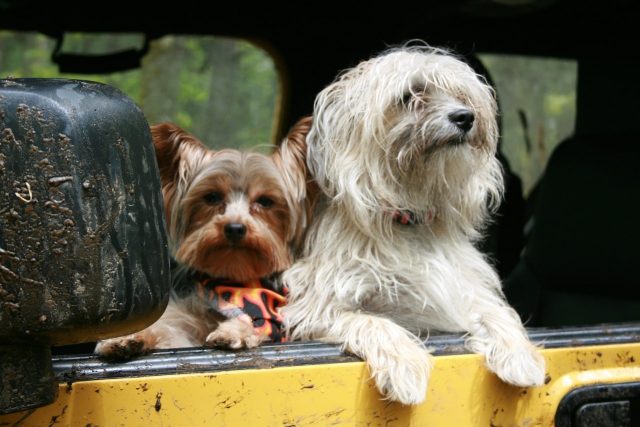 Lee Asher would have been like any regular guy who works nine-to-five, goes out on the weekends to watch sports, or hangs out with friends on Saturday nights. But he took the road less traveled. Lee Asher spends most of his time on the road with his ten adopted dogs, hoping to inspire people to adopt as well.

A mission to save dogs

Lee has always dreamed of helping rescue dogs in any way he can. He adopted 16 dogs from the shelter when he was young. He also fostered dogs when he went to college. For Lee, taking care of the shelter dogs and helping them find forever homes is his calling. 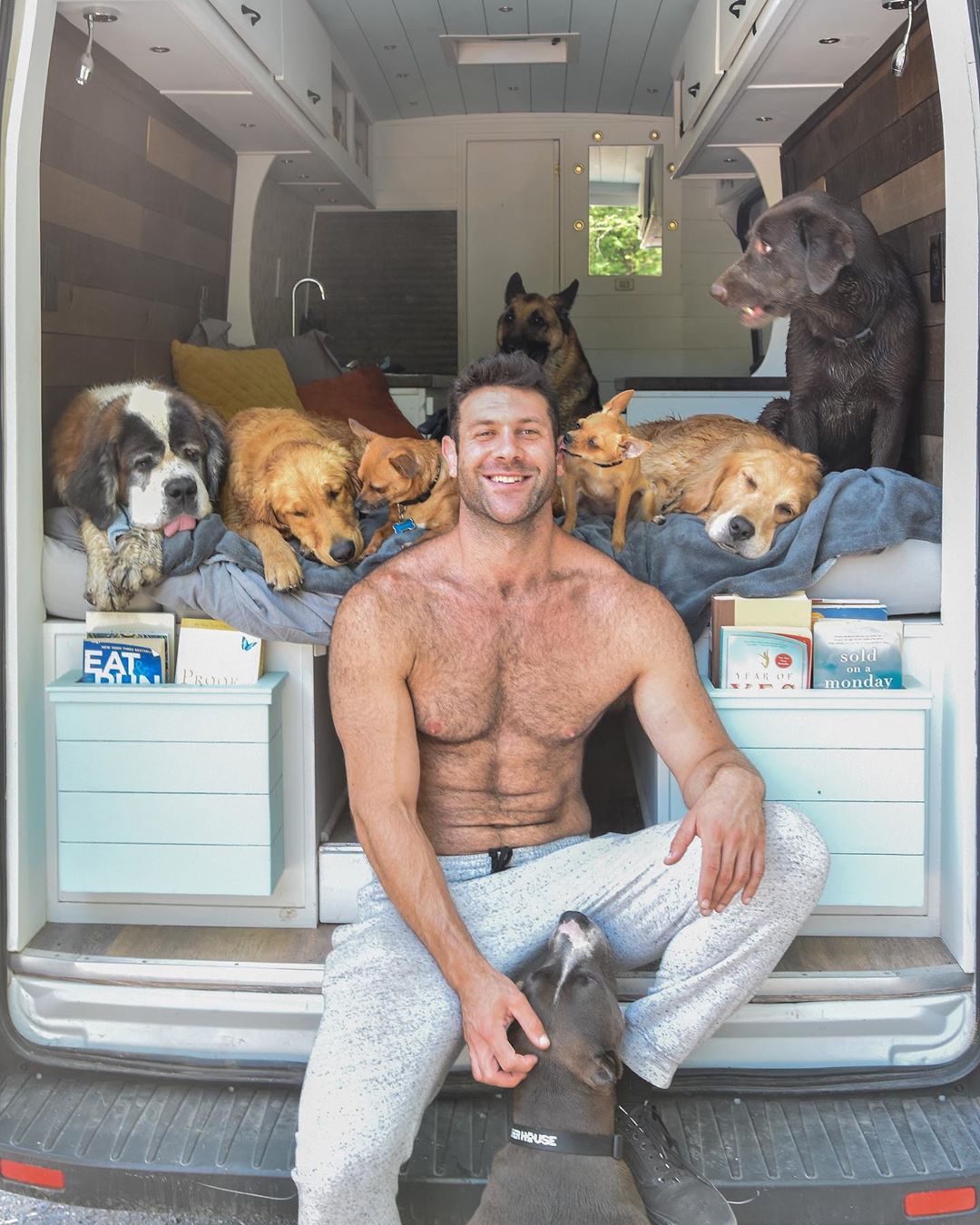 Lee came to a point when he decided to drop everything, get an RV, and load up all his dogs inside. The plan was to travel around the country with his faithful four-legged sidekicks. But it wasn’t just for the adventure. They were in it for a deeper cause. 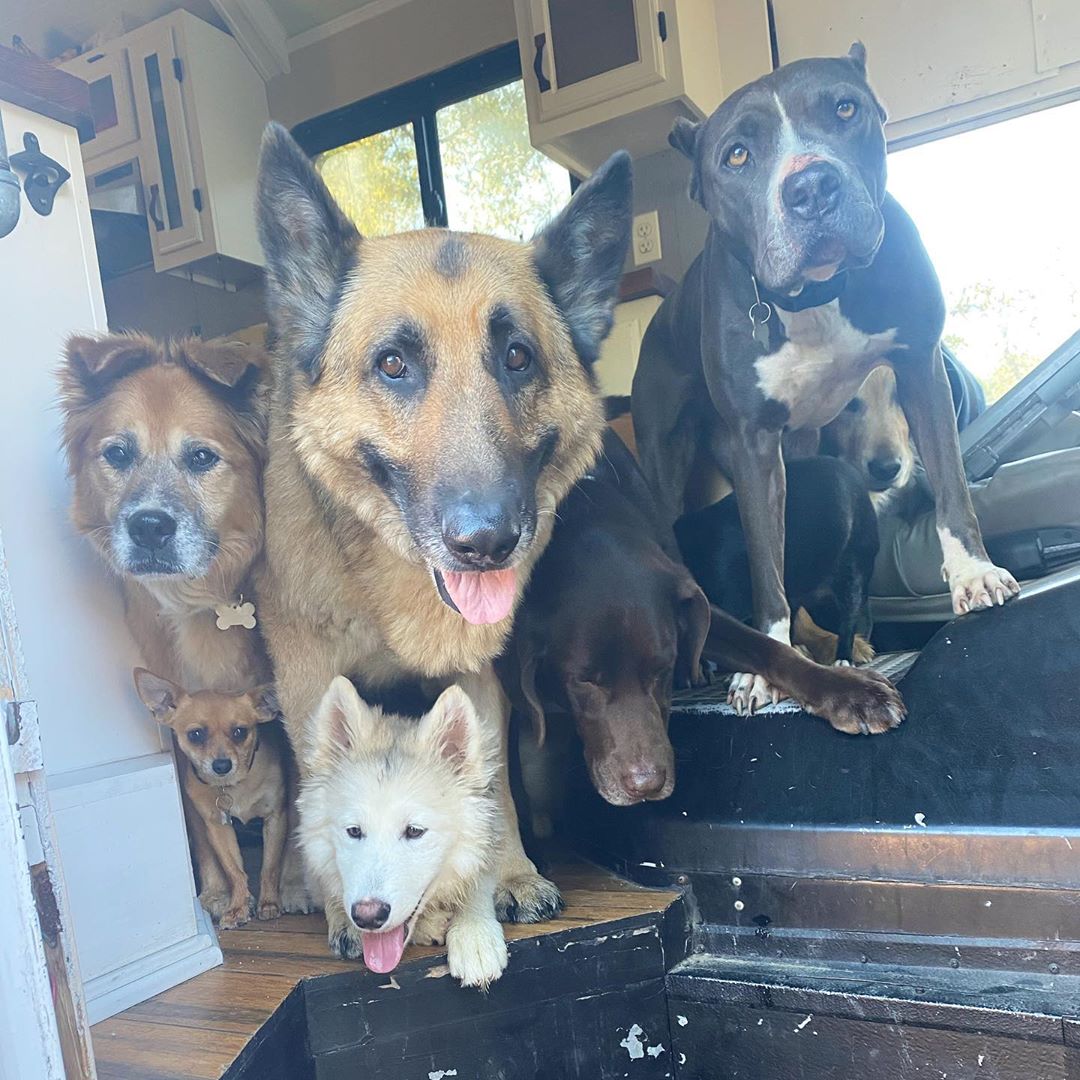 So, most days of the year, Lee is behind the wheel while his dogs fight for the passenger seat. Once the wheels start to turn, each one of the dogs finds a comfortable spot to doze off. Lee and his furry pals visit almost a hundred shelters in the US so they can do a “meet and greet.” Lee then uses these events to promote pet adoption.

Lee’s dogs vary in breed, size, and age. He has a chihuahua named Queen No Latifa, and a sweet Saint Bernard called Lillie. You can imagine how life is when you have ten dogs to look after, each with their own personalities, needs, and backgrounds. Living with almost a dozen dogs is always happy chaos. 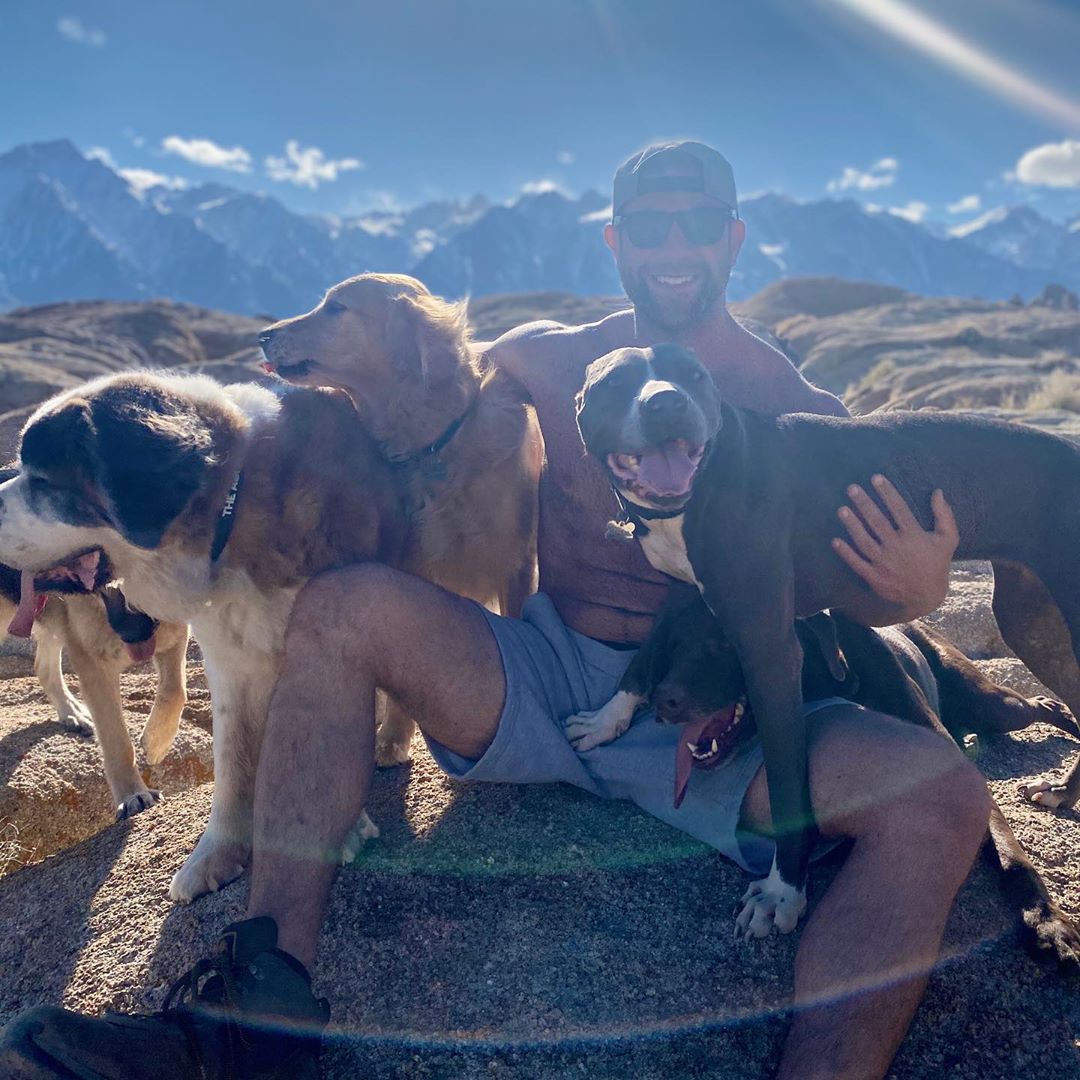 What Lee aims to show people is that shelter dogs aren’t aggressive, sickly, or damaged. These dogs are waiting for people to take a chance on them, and show that they have so much love to give. 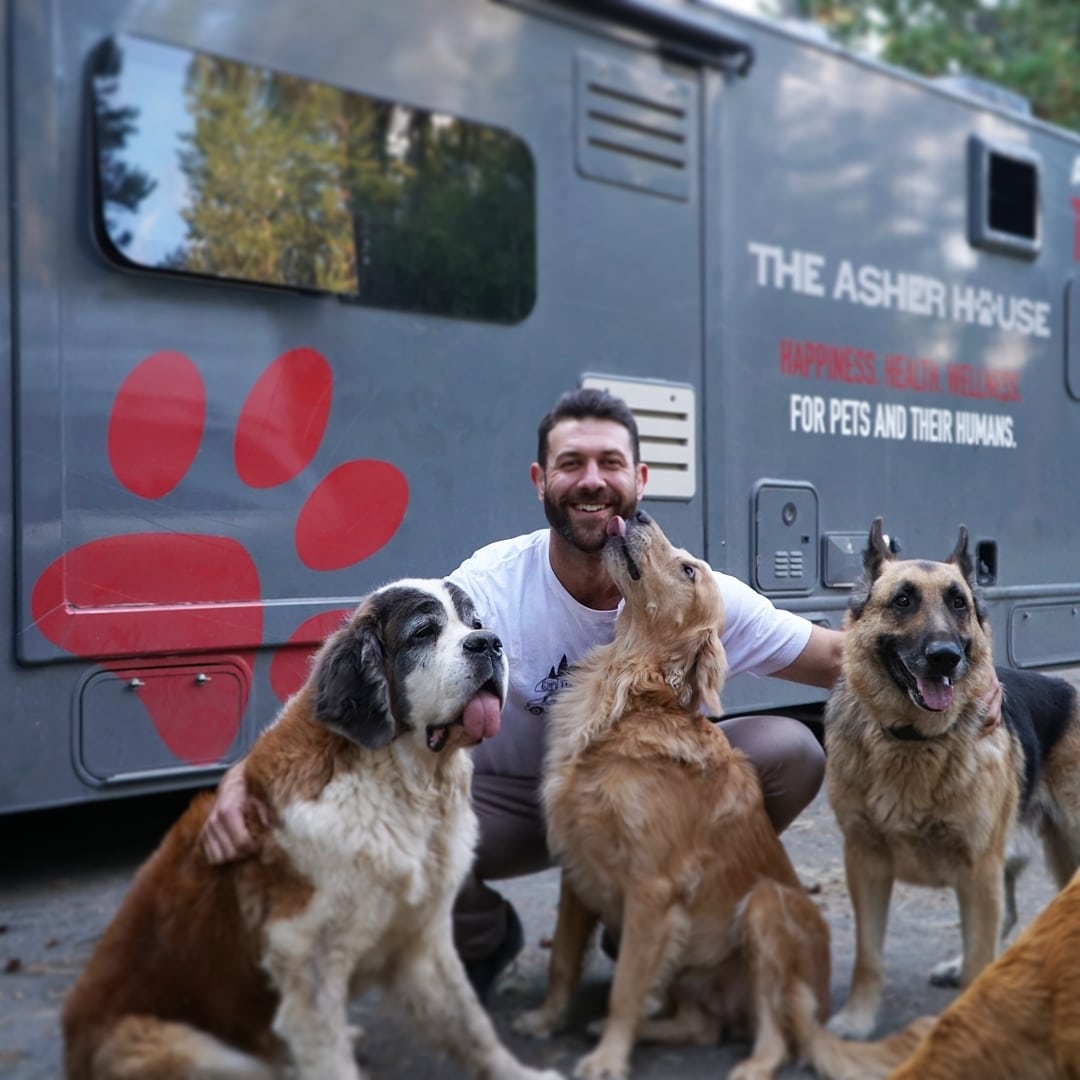 Being surrounded by ten loving mutts, every day must be an adventure for Lee. But more than anything, he is doing it out of sheer love for dogs, particularly those who are out there in the streets and in the shelters. Thanks for your hard work, Lee!