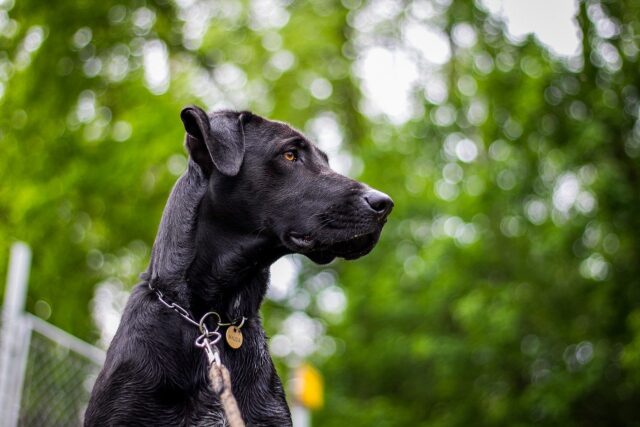 People hate being lied to. Most of the time, we’d appreciate it if people came out with the truth. But this couple from the UK shows us that some lies are often worth telling.

Sue has been asking her husband Robert if she could get a dog. He agreed, but under one condition: that the dog should be small. Sue then set out to find the perfect dog and instantly fell in love with a pooch she decided to call Yogi Bear. 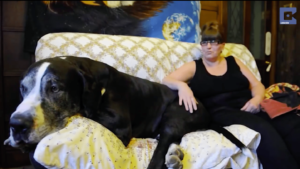 She went home and introduced the dog to her husband and told him that Yogi was “a Jack Russell Terrier”. Her blissfully unaware husband did his share in looking after their new dog. Months later, imagine how puzzled he must have been to see Yogi growing not just into a 20-pound pooch, but into 200-pounds instead!

That’s when it was revealed that Sue gave him a little white lie about Yogi’s true identity and that he was actually a Great Dane. 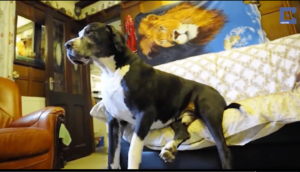 But dogs are dogs and the love for them will always be universal. Robert didn’t mind being duped by his wife because he has fallen in love with Yogi. And with over 200-pounds of him, there’s definitely so much to adore about him!

From nose to tail, Yogi measures 6ft.10in and is considered one of the largest dogs in the UK. For his food alone, the couple spends almost $200 for him every month. 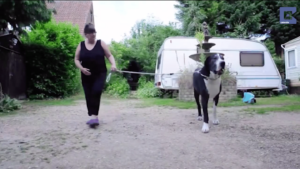 While most believe that huge dogs are often aggressive, Yogi has broken the stereotype for being such a known softie. In fact, he has formed a friendship with a stray cat who just kept showing up at their house. The cat is now a part of the family and their favorite pastime includes taking naps together on the couch.

When you have a dog this big and this sweet, there’s certainly a whole lot of him worth loving!