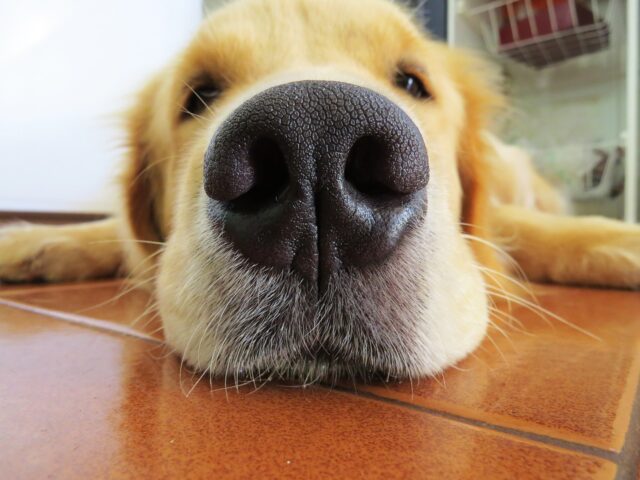 One common misconception among people is that dogs that are a bit on the large side tend to be aggressive. Dogs who own large-breed dogs would surely disagree with this. As a matter of fact, these furballs are usually sweeter than others.

When the fur parents of a Golden Retriever named Bailey and a German Shepherd named Rocky decided to welcome a new pooch into their home, they did not think of getting another dog. Instead, they got a brown-colored bunny, which they later named Sam.

Contrary to what some people expected, Bailey and Rocky was not hostile towards Sam. In fact, in a video posted online, the two just sat on the couch with their bunny brother and just sniffed him.

Sure, every now and then, Bailey would bark, but it was clear that he was doing so out of curiosity. And even though Sam was seen nibbling on Rocky, it was obvious that he had no intention of hurting the bunny. Meanwhile, Sam appeared to be disinterested in his brothers. He just kept minding his own business, and he even ignored Bailey’s thunderous barks.

The video, which was viewed over 600,000 times since it was posted in October 13, 2020, clearly shows that Bailey and Rocky are nothing more than gentle giants. It is clear that while they are much bigger than Sam, they will not do anything to harm their bunny brother.

And while it may still be a wee bit too early to say for sure, there is a huge chance that the three furballs will become best friends. To see the adorable moment between the three, watch the video below:

Credits to This is Bailey