Home Dog Stories German Shepherd Who Dropped Out Of Police Academy For Not Having The... 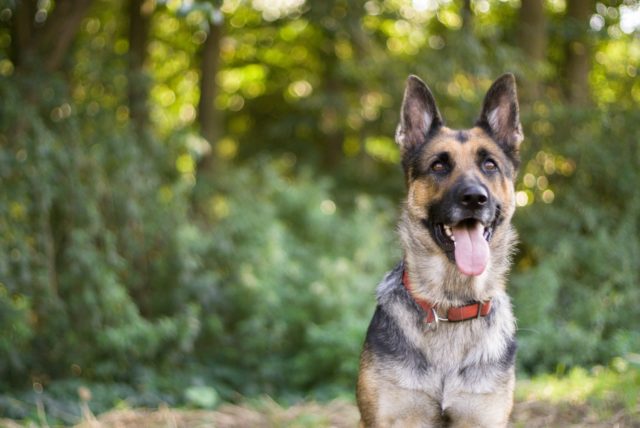 A German Shepherd named Gavel comes from a long line of hardworking dogs. Hence, the Queensland Police Service was expecting greatness from him upon his acceptance to their police dog academy in 2016.

However, Gavel’s handlers soon found out that the German Shepherd did not possess the right disposition for the job. The pooch was so agreeable that he might have tried to make friends with criminals instead of tracking them down.

The academy thus had to let him go, but luckily Gavel already had someplace to call home. He was being fostered at Queensland governor Paul de Jersey’s official residence since he was six weeks old. 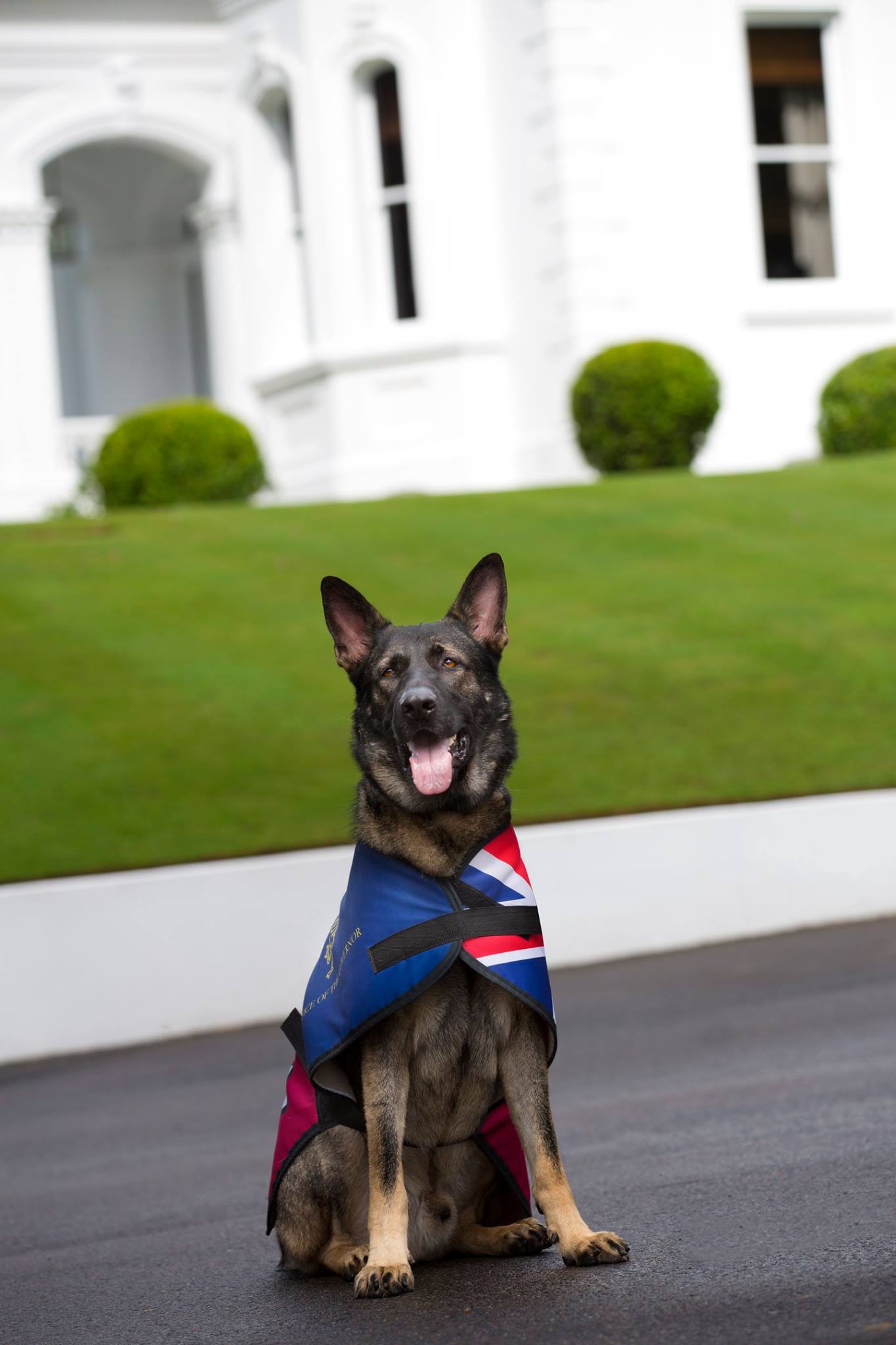 When the German Shepherd dropped out of the academy, the governor decided to give him a job that was more suited to his affable personality. Gavel received the title of Vice-Regal Dog or VRD for short.

Part of the German Shepherd’s duties as VRD is to warmly welcome visitors to the governor’s official residence. Gavel also accompanies tour groups, and he makes sure he gets his share of belly rubs from them as a reward for being a good boy.

And that’s not all. The German Shepherd attends ceremonial occasions in which he dons a customized coat decorated with the symbols of Queensland. Gavel developed so fast that he outgrew four of these uniforms in just a single year! 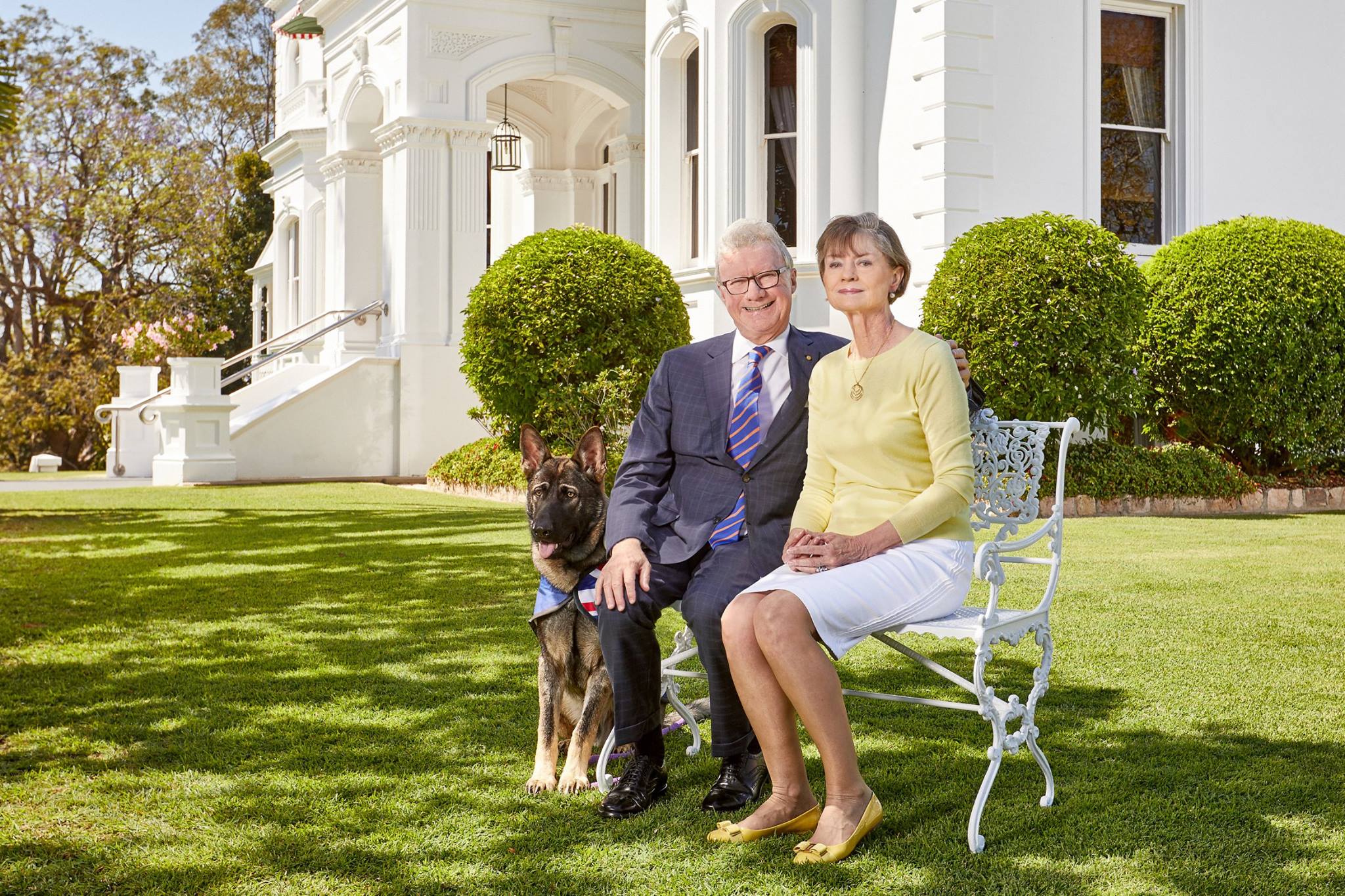 The governor regularly posts photos of Gavel and his latest antics on his official Facebook and Instagram pages. People always tell him how much they love these pictures.

Occasionally, the public also gets a chance to meet the German Shepherd in person during Open Day. Gavel is on duty then, making sure that the guests are enjoying the refreshments and music while they take a stroll on the beautiful grounds.

Governor de Jersey and his wife Kaye de Jersey themselves delight in the company of Gavel. They hope he’ll continue being with them for many more years to come. You can see what a typical day is like for Queensland’s Vice-Regal Dog in the video below: