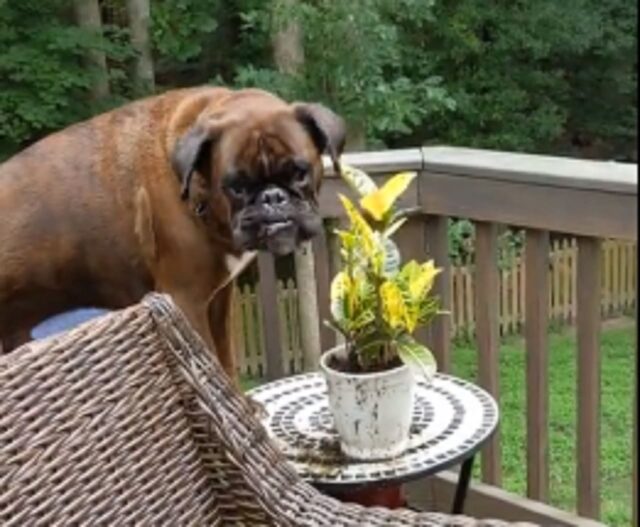 Dogs can sometimes act like stubborn children. No matter how much their fur parents tell them not to do an activity, canines merely shrug their berating and carry on as if they heard nothing.

Thus, a weird pooch hilariously drinks from a flower pot. Though its fur mom provides the dog with clean water, it seems the unique taste of water from a pot prompted it to sip from it.

In this incredibly funny footage, a brown-furred dog named Fred hovers on a flower pot. At first glance, it looks like Fred’s merely inspecting the contents of the said container. 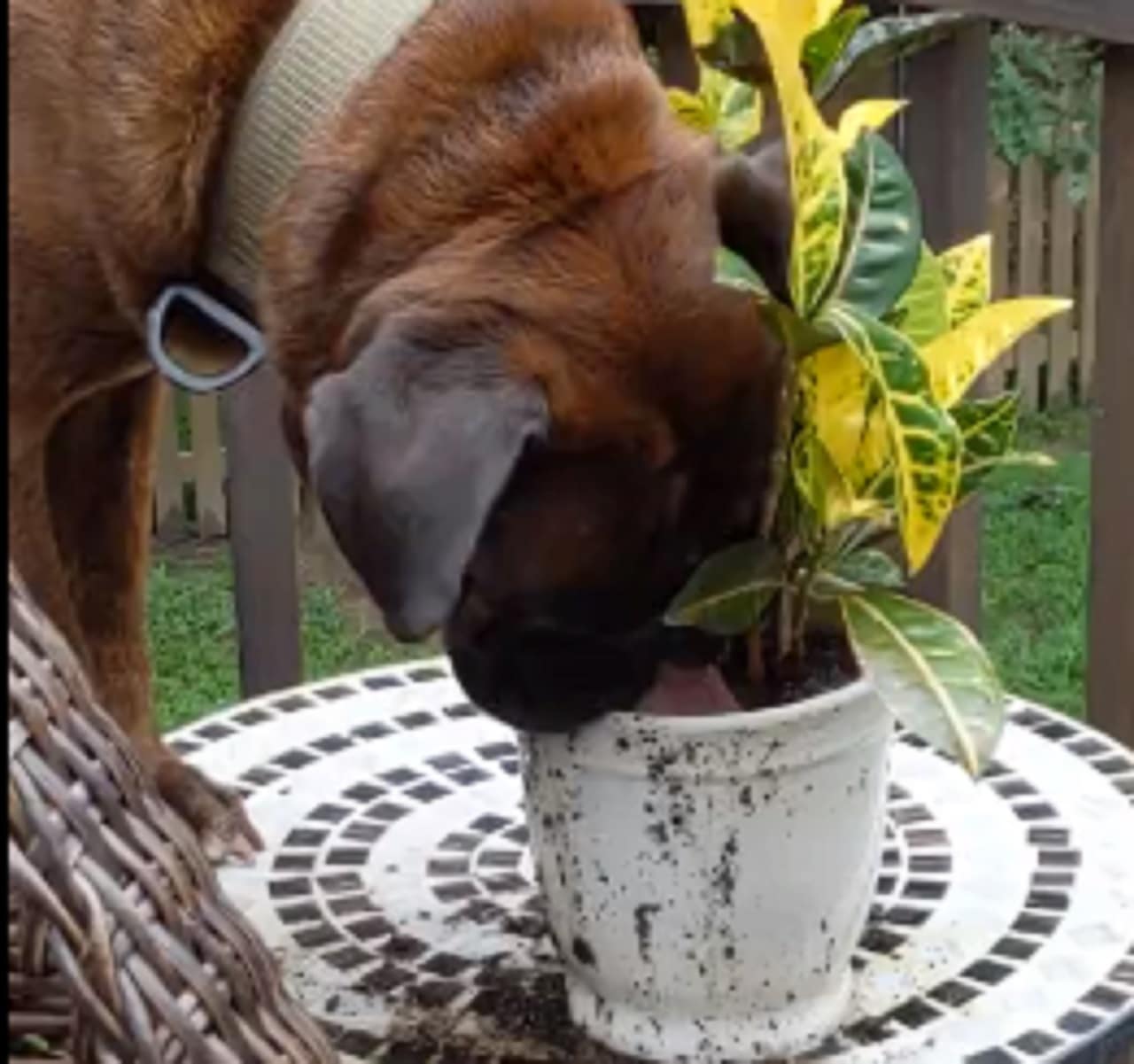 However, you’ll eventually realize what the dog’s doing. By the looks of it, Fred’s quenching his thirst with some water from the flower pot.

As the silly pooch carries on with its mundane activity, Mom can’t help but feel flabbergasted with its actions. Thus, Mom starts asking Fred what’s the meaning behind his actions.

But, no matter how many times Mom asks for an explanation, Fred continues drinking. Even if Fred inevitably spills some soil on the tabletop, he doesn’t care at all so long as he can have a drink.

Seeing how casual her pooch is, Mom decides to put an end to its eccentric activity. With a stern voice, Mom calls out to Fred in the hopes he’ll listen to her. 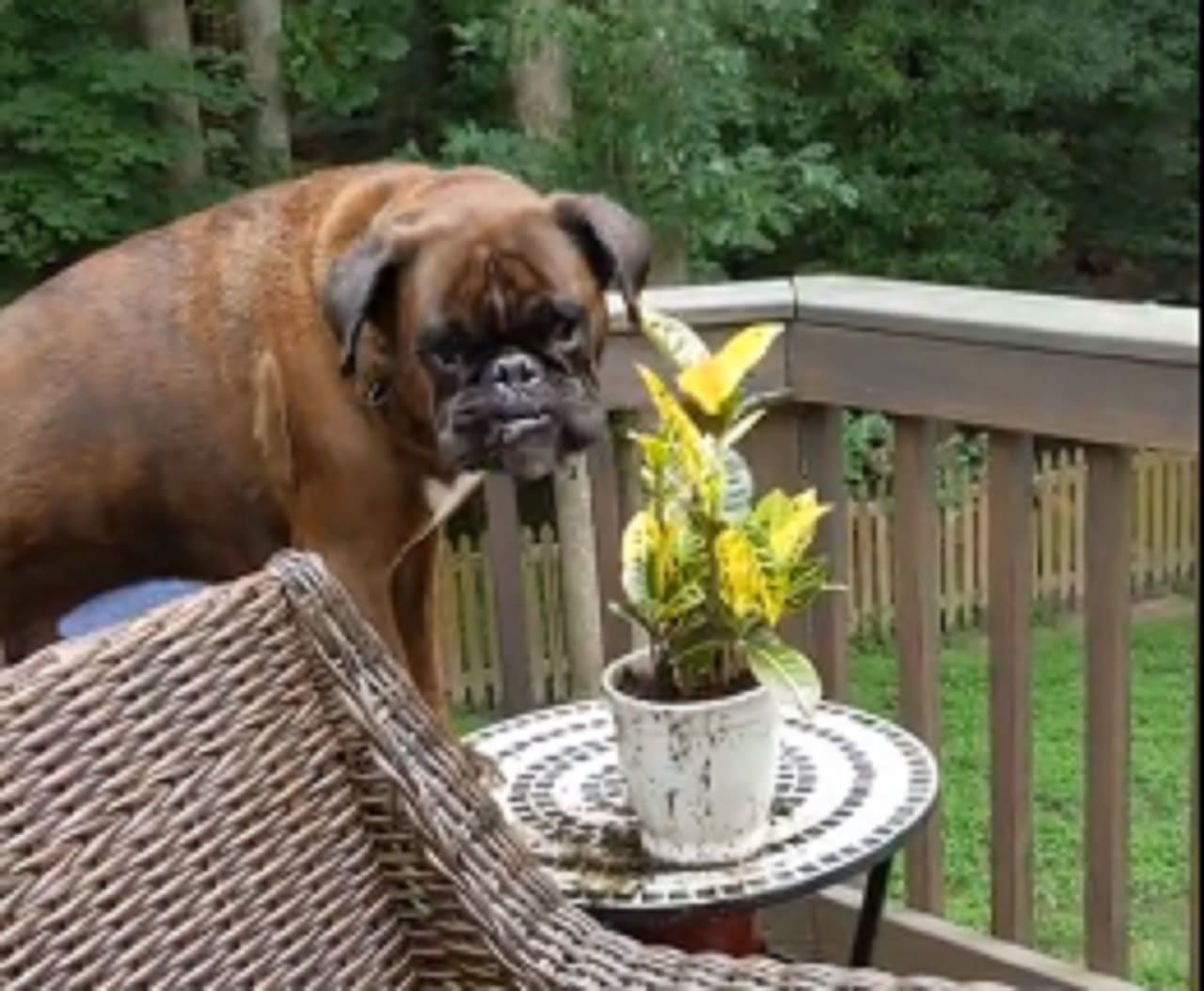 Yet, Fred carries on gulping furtively from the pot. Thus, Mom changes her tactic and asks the still drinking doggo with a softer voice tone.

However, Mom’s second strategy still failed as the canine continues ignoring her. She then resorts to using her first strategy to catch Fred’s attention. Do you think Fred finally listened to Mom? Make it a point to watch the full video by clicking the link below.