Home Dog Stories Family Unexpectedly Reunites With Their Missing Dog While They’re In Line To... 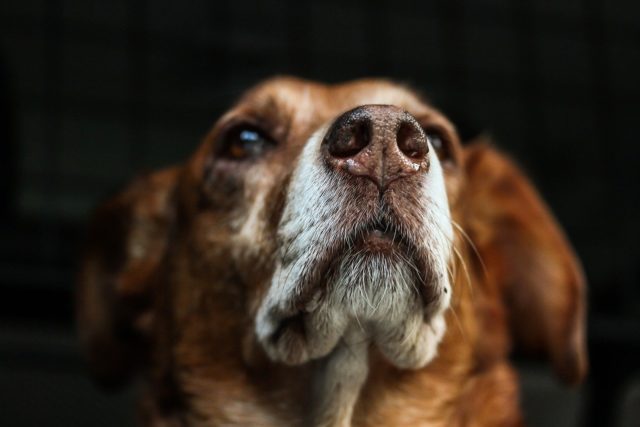 A couple of weekends ago, luck smiled at a rescue dog when his family spotted him at the most unexpected place – PetSmart. The pup’s name is Dopey, and here is his story.

Dopey has been living happily with his family in their home in Jacksonville, Florida. In August of this year, unfortunately, the little pup went missing. All of a sudden, Dopey became a homeless dog who wandered alone in the streets.

For the next two months, the little pup survived as a stray through the help of the strangers that he met along the way. Then, on October 1, he found himself under the care of the Jacksonville Humane Society. There, Dopey met people who would care for him again.

🧡 November 9th is officially Generosity Breeds Joy Day in Jacksonville and this story is one for the books. 💚This sweet…

Posted by The Jacksonville Humane Society on Saturday, November 9, 2019

On November 9, the humane society held a free adoption event at PetSmart in Jacksonville. Dopey’s family attended it in the hopes of adopting a kitten. The family was waiting in line when the father saw someone quite familiar. It was a brown and white dog that was walking around on a leash.

The father was so thrilled and immediately cried out, saying, “That’s my Dopey!” The little pup instantly recognized his dad’s voice. He ran toward his family and jumped into their arms. Then, Dopey covered them all with lots of kisses.

Although Dopey has been missing for a few months, his family has remained hopeful that one day, they will get reunited. They were delighted that their beloved dog is finally back home.

The shelter shared the story about Dopey’s heartwarming reunion with his family on their Facebook page. They noted that this and many similar stories prove that, every day, generosity breeds happiness in Jacksonville. They highlighted the importance of the help that homeless animals get from strangers, shelter volunteers, donors, as well as foundations. Because of them, reunions like this are made possible.