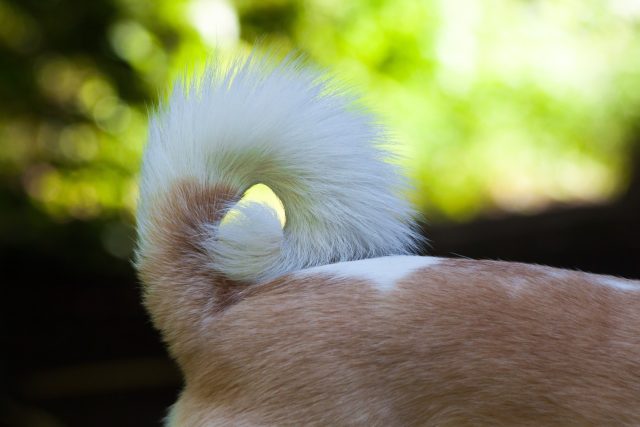 Kon’s owner has always wanted to bath him, but he just couldn’t. How can someone give Kon a doggy bath when he doesn’t want to be touched? Sure, he will let his owner pet him on the head, even let him rub his ears a bit. However, when his owner’s hands hover anywhere below his neck, Kon turns into a savage, violent, snarling beast.

What could be wrong with him? Could it be that he has suffered some physical or emotional trauma while at the dog farm, where his owner found him? There is only one way to find out…

Kon was taken to the vet (his owner put him in a mobile cage since he can’t touch him). The doctor suspected that he might have some broken bones or a spot which is causing him pain, that’s why he doesn’t want to be touched. But Kon immediately snapped at the doctor when his stethoscope went dangerously close to his rib cage. The expert had no choice but to place him under a sedative. While Kon is passed out, the groomers went to work in bathing him and cutting his matted fur. The doctor gave him a full-blown checkup.

The result? He is perfectly healthy. Say, what?

A dog behaviorist has been called. He observed the interaction between Kon and his owner. He realized that Kon is not afraid to be touched. He is scared of how people look at him.

What? This is confusing…

The expert explained that it is possible that during Kon’s time at the animal farm, Kon would look people in the eye, asking for help. But the people would ignore him. This hurts the dog emotionally. He associated eye contact as something negative.

Would Kon’s owner always avoid eye contact? Find out in this video below: