Freddie is a labrador that has not been only loyal to his owner but caring as well. Although he wasn’t trained to be a service dog, he always rescues his owner, Lucy Brown from seizures. Lucy has a non-epileptic attack disorder (NEAD).

It’s a condition that causes your brain to blackout randomly. The condition also caused her to lose her ability to control her limbs. In one day, Lucy experiences 100 seizures. Due to her condition, she needed to quit her job.

While it was a heartbreaking decision, she also had to leave the house that she shared with her boyfriend. She stayed with her parents so they can look after her and her condition.

When her parents are away, Lucy had to be under the care of her faithful dog Freddie. The dog kept an eye on her. While he hasn’t received any formal training, Freddie has saved his owner’s life many times.

Freddie helps Lucy regain her consciousness by licking her and pawing at her every time she has a seizure. A dog can be trained to provide care to their owners. They bark to alert carers or prevent injury by lying down next to their owner.

Lucy used to have mild seizures and it disappeared when she got older. However, her seizures returned this year and this time it’s frequent and severe. At first, the doctors thought she had epilepsy, but the tests led doctors to discover that she has NEAD.

The attacks resemble an epileptic seizure but it wasn’t caused by the brain’s electrical activity. Lucy continues to live in fear because of her condition. She is still thankful to have a furry companion like Freddie who never leaves her side.

She’s still hopeful that her seizure will stop someday. She wishes that she could hang out with her loyal pet without worrying about her seizures. 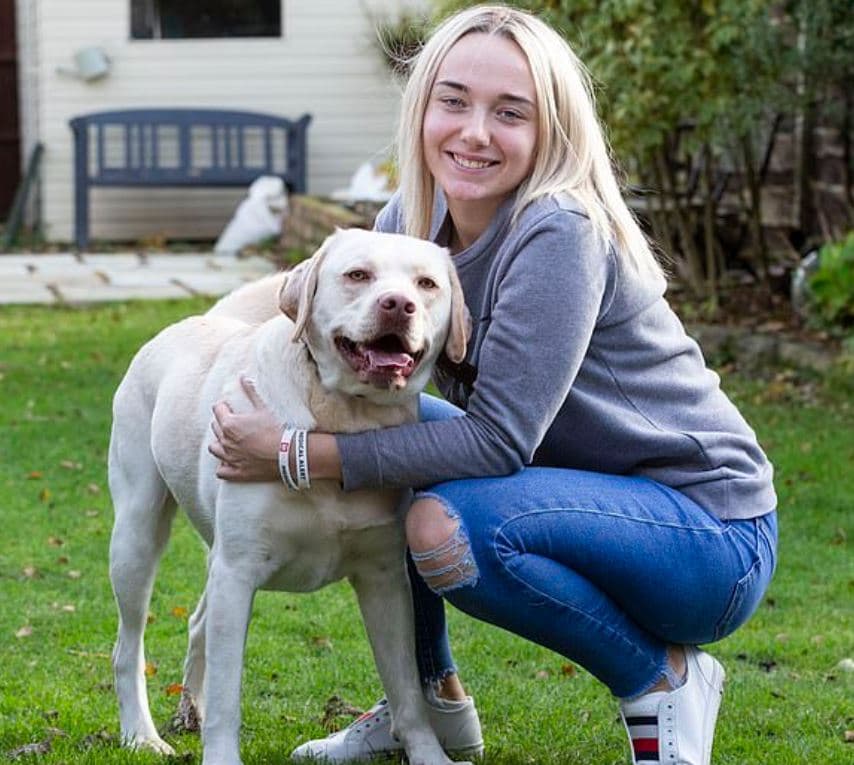