Home Dog Stories Dog Knotted In Sheets Has The Sweetest Way Of Saying “Thank You”... 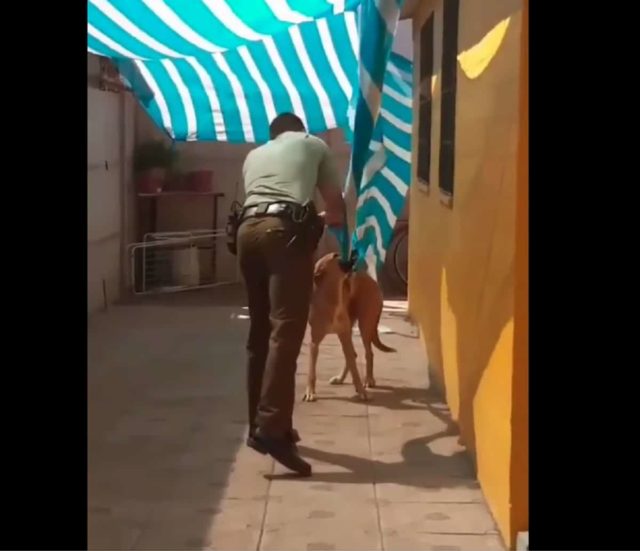 No one knows for sure how the poor dog managed to get herself knotted with the sheet hanging outside their home in San Felipe, Chile. But without a doubt, everyone knows there’s only one person to thank; the very person who set her free. And clearly, the dog knows it, as well.

Earlier last week, Carabineros de Chile received a call from concerned neighbors about a dog that was crying desperately for help. Police officer Giovanni Domke responded to the call and there, he saw the painful situation the dog was caught in. And he knew he had to act quickly. 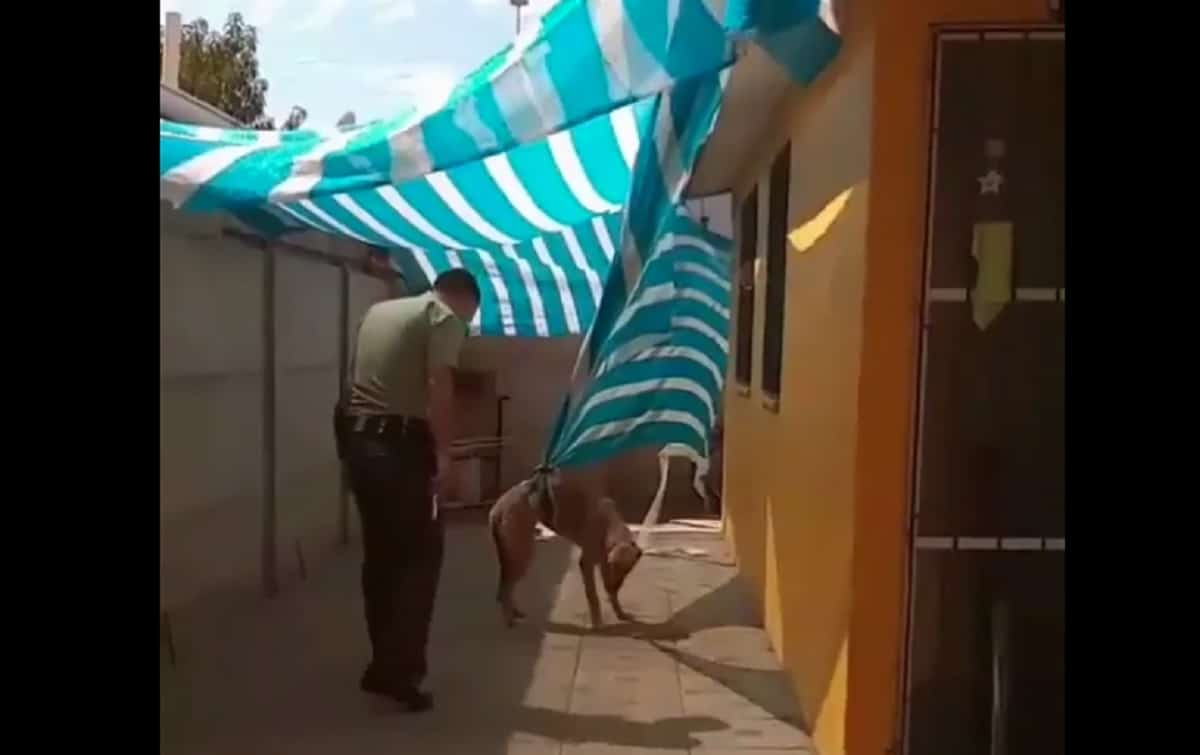 “The neighbors said the homeowner wasn’t home, no one was there,” said Domke in an interview with Fernanda Familiar, a local news outlet. “I borrowed a knife from a resident to cut the sheet. But the gate was closed so I jumped over to get inside and rescue her.”

Understandably, the pup was terrified and wary. She even tried to nip Domke’s hand as he approached her. But the police officer was brave and determined. In the end, his persistence and determination paid off.

Another officer managed to capture in a video how Domke set free the anxious dog off the twisted sheet. Here’s the footage of the breath-taking rescue:

“We are where we are needed the most,” later on wrote the officers of the Carabineros de Chile on Facebook. Since sharing, the post has now garnered thousands of reactions and insights from people all over the world.

One commenter said, “Lieutenant Giovanni Domke, 2 thumbs up for you! San Felipe Station, congratulations and thank you for your noble action.” Another one said, “What a very nice gesture of the policeman.” And a third one said, “A more beautiful gesture is that of the dog’s!”