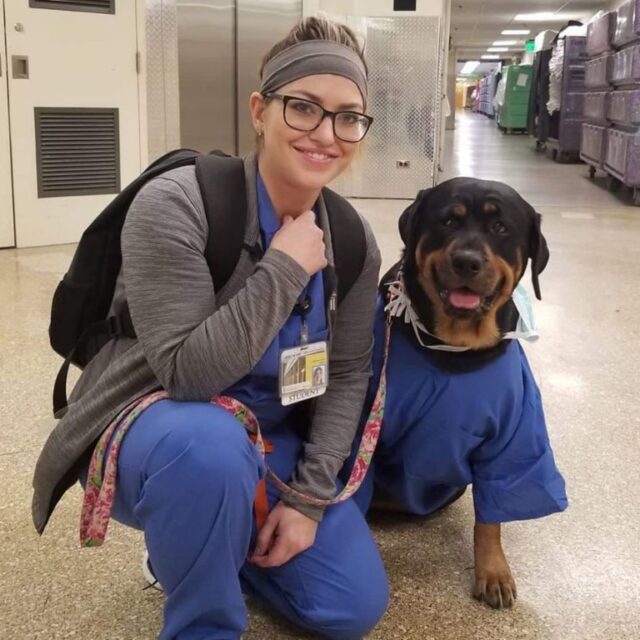 A two-year-old Rottweiler named Loki has been lending a paw to a Baltimore hospital during COVID-19. Loki’s owner, Caroline Benzel, was recently a second-year medical student working at the University of Maryland’s School of Medicine, located in Baltimore. Loki was working as a therapy dog at the same hospital. 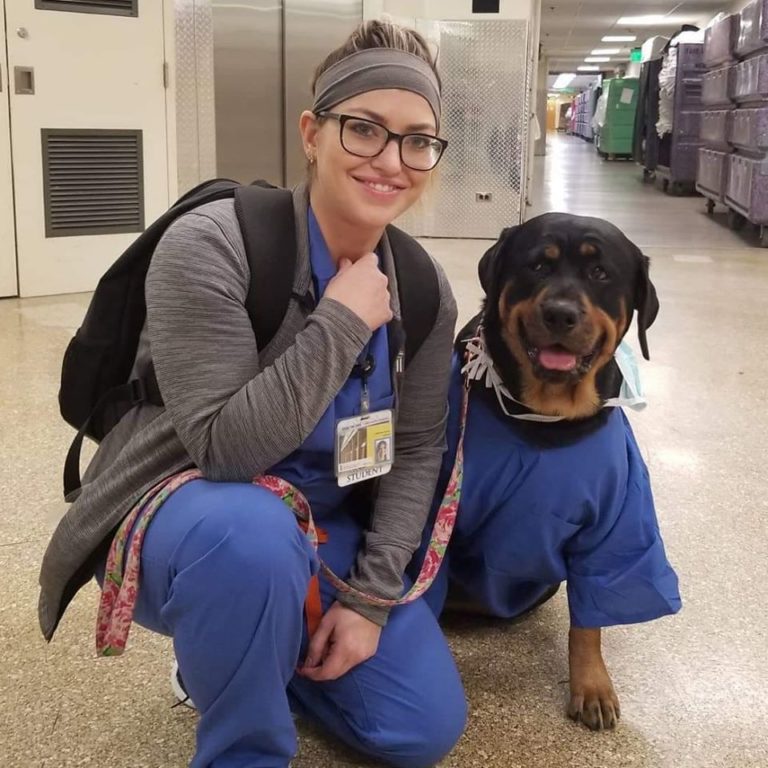 Caroline Benzel and her Rottweiler usually worked at the Baltimore hospital several days during the week. Loki had been given the nickname “Dogtor Loki,” and was a favorite among the staff and patients. But, when COVID-19 erupted, Caroline and her dog’s visits to the hospital patients came to an end. 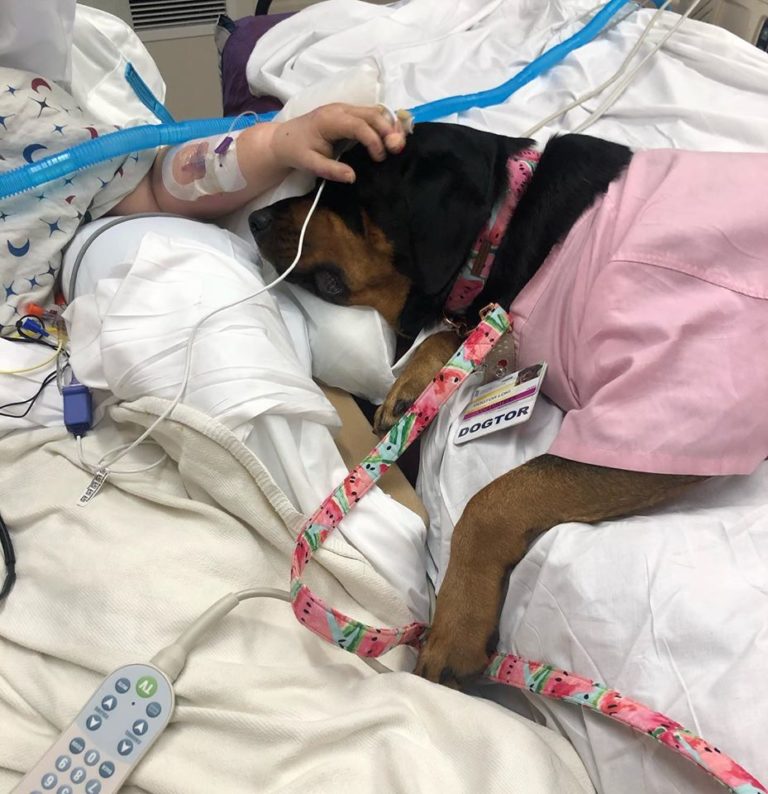 Caroline’s work also ended. Ms. Benzel said she was pulled from the school program and was no longer allowed to work on the front lines. Both Caroline and Loki could still connect via video with their patients, but Caroline was keen to do more. 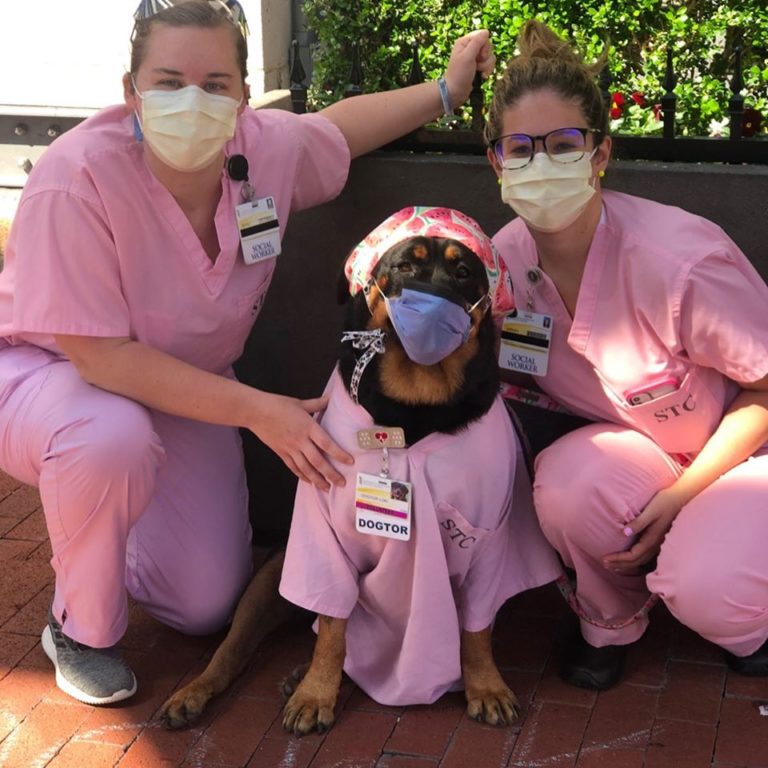 The hospital staff at the Baltimore hospital were wearing personal protective equipment (PPE) all day and night, and most of the doctors and nurses had terrible rashes from the masks. Caroline got the idea to start making care packages filled with lotion, powder, gum, lip balm, and tea. Caroline also personalized the packages using an Amazon wish list for the Baltimore staff. 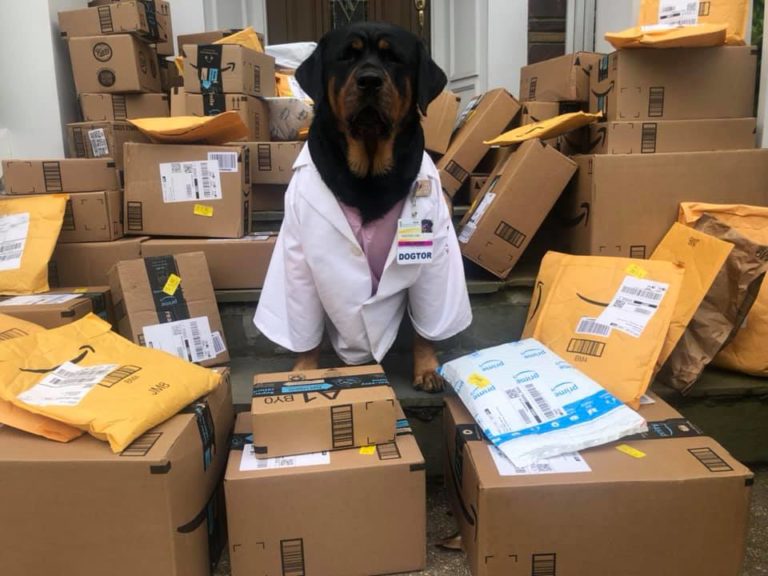 Caroline said she was shocked at the generosity in donations. Caroline and Loki will assemble and deliver their care packages to four different hospitals in the coming weeks. The Baltimore medical student is hoping her idea will catch on in other places around the country. So far, New Jersey and North Carolina hospitals are implementing Caroline and Loki’s plan. Caroline and Loki have an Amazon wish list set up for anyone who wants to help out this wonderful cause.