Home Dog Stories Dog And Cat Were Surrendered To A Shelter; They Later Found A... 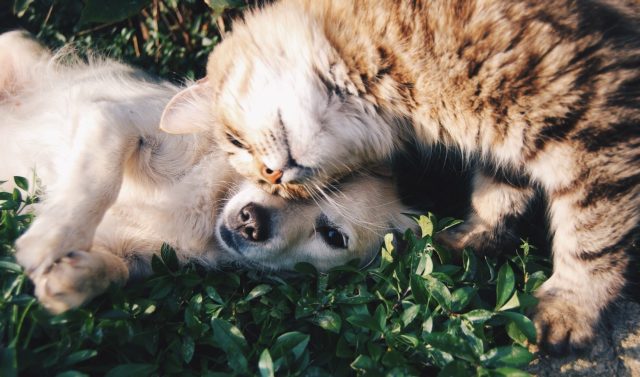 It’s a rarity to find a dog and a cat get along so well, and these two exemplifies the meaning of best friends. They are inseparable!

Leila, a two-year-old Chihuahua, and Kitty, a six-year-old tabby cat both were lovely members of a family. They’ve been with each other since Leila was born, but when their parents lost their home, they surrendered the two to the Massachusetts Society for the Prevention of Cruelty to Animals (MSPCA).

The family couldn’t find a place that allowed them both leaving the two on their own now at the shelter. You thought it could have been the end of their story, but you’re wrong. They were carried in the same carrier. 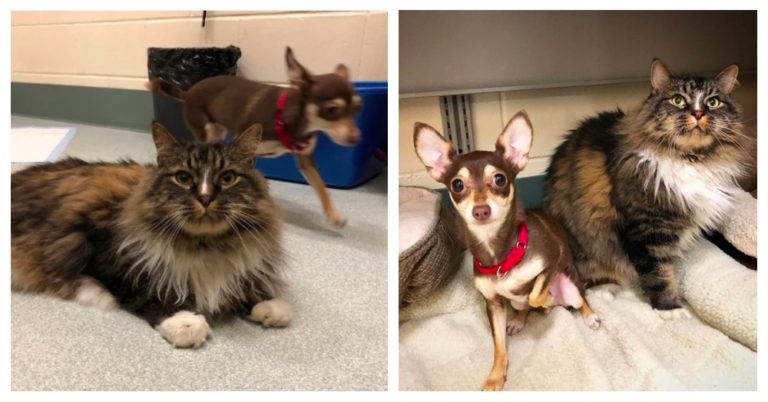 And when they were just about to get separated into their crates, Kitty the cat started crying.

That’s when the volunteers began to realize that Kitty and Leila can’t be separated. They’d start to get miserable without being on each other’s side, so the rescuers kept them both in the same room. Leila lived all her life with Kitty and to cope with their family’s loss; the volunteers thought the set-up would make it easier for the dog and cat.

Knowing these two were unbreakable, MSPCA decides to find a family who would be willing to take them both. With their charm, Andre and Elizabeth Marion of Sudbury fell in love the moment they set eyes on Kitty and Leila. The couple then proceeded to adopt the two.

Now they got a family, and the bonus is they’re still going to be together!

“Home at last!”, The MSPCA could not contain their joy as they send off their adorable cat and dog. They stated how the number one cause for dogs and cats to be left at shelters now is the reason that when families move, they couldn’t find lodging that allows pets. MSPCA swears to help with all their ability such to give these animals their rightful homes!