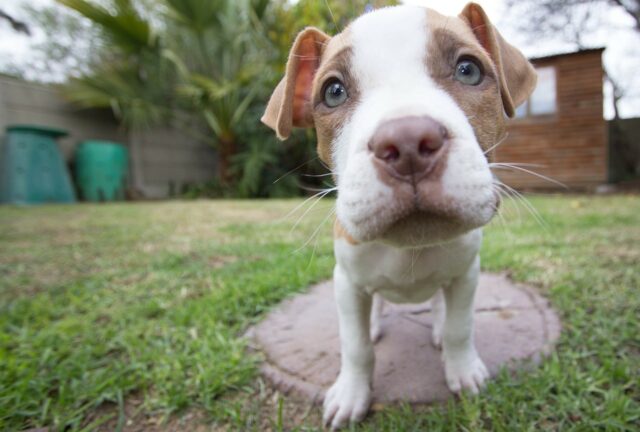 Gabriel the Pitbull had a rough start in life. He was raised by a cruel breeder who didn’t take care of him, and he also had a serious congenital disability. Luckily, Gabriel’s luck started to change when he met his rescuers.

At four weeks old, tiny Gabriel was bought by a backyard breeder. When his owner realized that he wasn’t the tough Pitbull he wanted, Gabriel was offered to someone else.

The puppy was surrendered to Heather and Kat Marchant. They were founders of the Pibble’s Plantation, a rescue facility for dogs.

When they took in Gabriel, they noticed that the dog had a severe case of swimmer syndrome. This congenital disability could be healed with the help of intensive physical therapy.

Heather and Kat had two Pitbull puppies with the same defect. The duo knew what had to be done to help little Gabriel and they were determined to do anything. All of the Pitbull puppies required around the clock care and attention, and the dog-loving duo was ready.

After three months of hard work, all three puppies were able to stand on four legs. Heather and Kat were so happy about the progress until they noticed something different about Gabriel.

Gabriel noticeably limped on one of his front legs, so Kat suggested having an x-ray done. After the procedure was performed, the veterinarian discovered a serious defect within the dog’s elbow. The pain caused by the defect only increased each day, so the duo decided to amputate the leg.

Despite the many challenges that Gabriel faced, he came out strong once again. Just after a few days, the tiny dog ran happily around his home. Once the dog fully recovered from his surgery, Kat and Heather knew he was ready to find his forever home.

Teri and Anne were active followers of Gabriel’s story. They always checked the Pibble’s Plantation website to see if Gabriel was ready for adoption. When the time came, they immediately contacted the rescue and asked to pick up the dog.

Kat and Heather were sad to see Gabriel go, but they knew he was in good hands. The dog settled well into his new home, and he finally got the love and life he deserved. 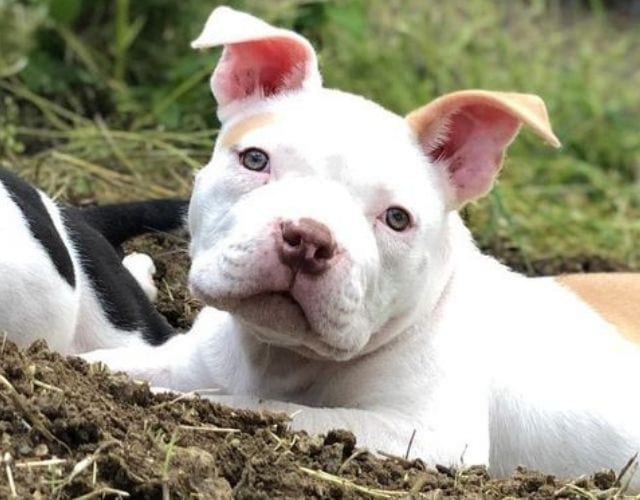