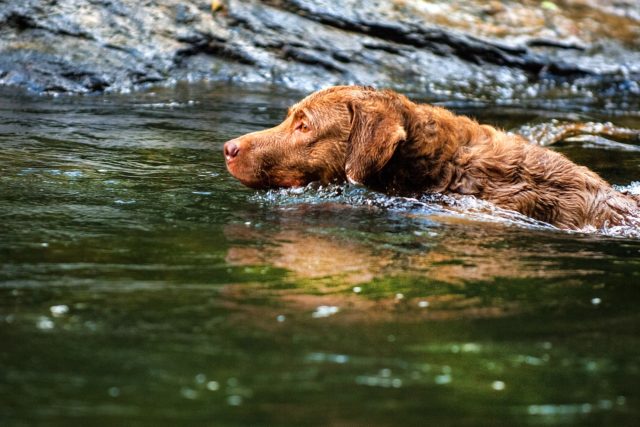 Sadie is a senior dog. At 17, this Chesapeake Bay Retriever had already outlived most dogs from her litter. Unfortunately, her old age had turned her deaf.

One day Sadie managed to slip out of her leash’s collar. She and her family were on their way to Connecticut’s Sleeping Giant Park. Sadie’s concerned owners went straight to conducting their own search efforts.

They used everything at their disposal to find Sadie. From dog trackers to infrared to drone camera, Sadie’s family tried their best to locate the dog. But their effort proved futile. 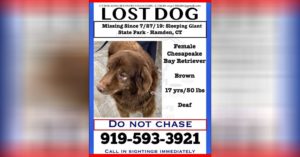 The family also printed out flyers. They took their search to social media as well. They made a public Facebook post announcing their search of Sadie, and encouraging people to alert them should sightings of the dog occur.

Sadie’s family was determined to find her. After all, the dog had become an integral part of their family. Since they adopted Sadie from a Durham, NC animal shelter, the dog had been a part of the family’s most cherished memories. 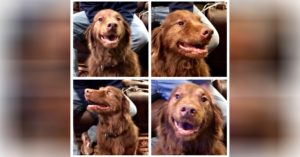 Eventually, the family’s rescue efforts paid off. That is thanks to North Haven resident, Steve Tobey. Steve had voluntarily searched for Sadie a couple of times but was unsuccessful.

One day Steve read a social media post about a howling dog somewhere in the Sleeping Giant Park. The post was made by a hiker. That’s when Steve decided to head out again in search of Sadie, using the hiker’s lead. 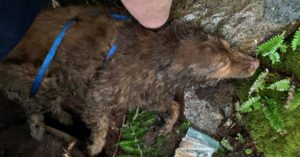 Steve heard barking from down a deep ravine. Another concerned citizen named Russell Lewis came to help Steve. The duo worked together to lift Sadie out from the ravine.

Sadie’s dad, Chris Roush, could not be more grateful. The family took Sadie to the vet where the dog was given emergency care. Although she suffered from cuts and dehydration, the dog was lucky enough to not have suffered from broken bones after falling down the ravine. 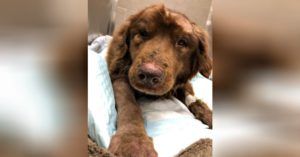 Thanks to NBC CT