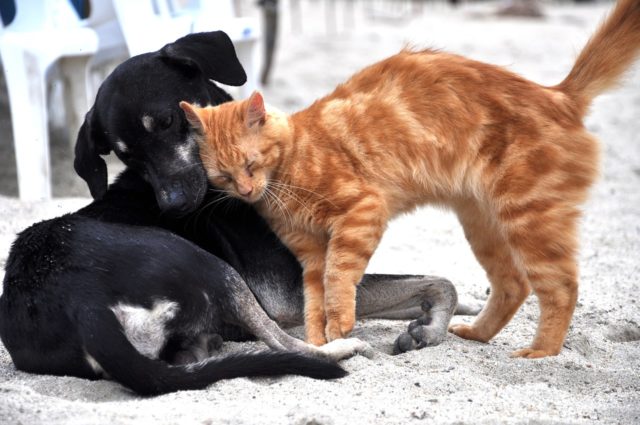 Dogs don’t like being left at home alone. This is why they just simply go nuts whenever you come back from work or other endeavors outside. They simply can’t believe that your back home and are just too eager to play with you and to get your attention again.

Cats, on the other hand, are fine with this situation. Cats and dogs have very different personalities, and maybe this is why they hate each other so much. But most modern households who have well-trained dogs can live in a setup where these two don’t have to fight. 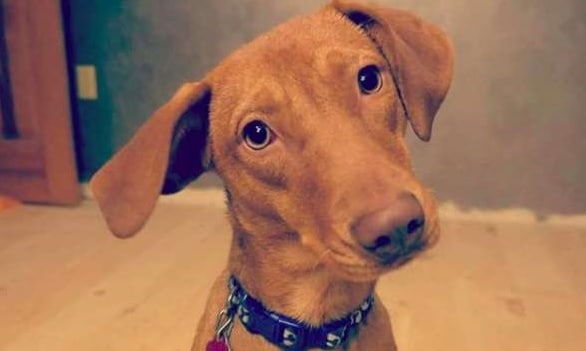 In the household where Joule, the dog, and Kelvin, the cat lives, everything seems to have perfectly fallen into place. They don’t fight, and Kelvin’s nonchalant attitude helped with Joule’s anxiety. Joule was a rescue dog who was very anxious when she was adopted.

Perhaps since her previous owner abandoned her, she developed trust issues and became afraid of being abandoned again. Brenna Eckert, Joule’s human, explained that when Joule was adopted, she would never leave her side – so she gave her a nickname, which is “velcro dog.” 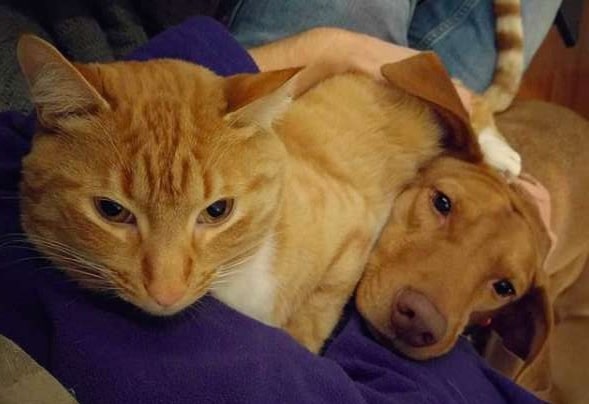 Eckert decided to leave a security camera rolling in her household to record the events taking place at home while she’s away at work. This is how she found out what Kelvin was doing for Joule. Whenever Eckert would leave home, Joule would be anxious, first because she is a dog, and second, because of her fears of abandonment.

The recording has shown that Kelvin would comfort her. He reminds her that everything will be alright and that she has got a friend in Kelvin and he will not leave her. Eckert is lucky to have a cat and dog at home who not only does not fight but helps each other through tough times.