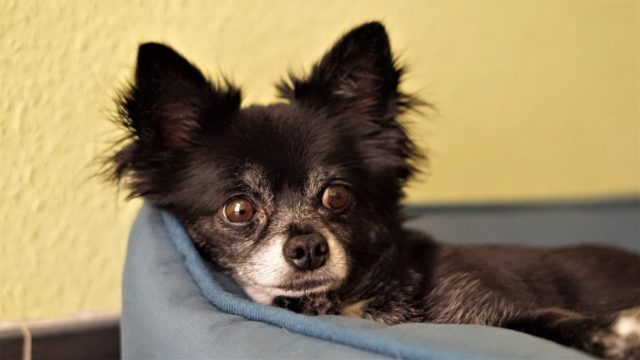 Hope For Paws celebrates it’s 11 anniversary with another heartwarming rescue. Loreta Frahkonyte and JoAnn Wiltz received a call about a dog that gave birth to 9 puppies. They headed out to rescue the furry family.

When they arrived at the scene, the temperature in the area was high. The mother dog kept trying to move her puppies under the house. But the temporary caretakers kept bringing them outside for sanitary reasons.

The mother who turned out to be chihuahua mix was placed in a mixing tub along with her puppies. The family made sure there was proper cushioning. The dog was surprisingly docile even if she was guarding her puppies. Dogs are usually very protective of their offsprings.

It turns out the stray was looking around for a safe place to give birth. The rescue went well, and the transfer was smooth. For the rescue organization, this was a perfect rescue for their 11th anniversary.

The rescuers also expressed their gratitude towards the family who gave the mother stray a temporary place to give birth. After the dogs were placed inside the vehicle, the rescuers went straight to the vets as usual.

The rescuers decided to name the mother, Godiva. For the checkup to go without a hitch, they separated her from her puppies for a while.

Godiva had difficulties feeding her babies for a while. It’s hard for a small dog to take care of nine puppies at the same time. However, with the of Loreta’s coaching, Godiva managed to do it.

Since Godiva was covered in motor oil, they had to do a thorough cleansing and bath. The canine family was fostered by the rescuers at PAL rescue.

5 weeks after the rescue Godiva had a group of adorable puppies ready for adoption. The puppies were named after chocolates. To watch the full rescue, check out the video below.