Although Sam, a tough Belgian Shepherd, has just started his journey as a police K9, he demonstrated impressive behavior that will make him a key component of the team. Even the Internet loves him because of his wit during training.

Sam, along with his brother, Terror, was welcomed into the Police Special Forces over a week ago. Even though each of them needs to undergo similar training, they will take different posts after they become police pups.

Kristi Pai, a dog handler, was the person appointed to prepare Sam for his role. While they have just gotten to know each other, they seem to get along really well. They have also been inseparable, and Pai made sure that Sam is well equipped with skills by guiding him throughout the training, which will be a year and a half long.

One of the things that he will need to dive into is acquiring intricate skills, and he also has to adapt to his new environment, and Pai does a good job at teaching the ropes to Sam. There will be many aspects of training that Sam has to master, including tracking scents, searching for criminals, advanced obedience, alerting threats, and much more. When Sam joined the Special Forces, many of his fans on the Internet expressed their undying support.

There were a lot of lovely comments that will help Sam complete the training with flying colors. Pai and the rest of the Special Forces team are proud of Sam’s achievements. Even residents in their community are counting on Sam because they know that they can sleep easier when he starts patrolling the streets.

Everyone cannot wait to watch Sam become a full-fledged police canine and take down bad guys. With his dedication, being a reliable canine officer is not far from happening. 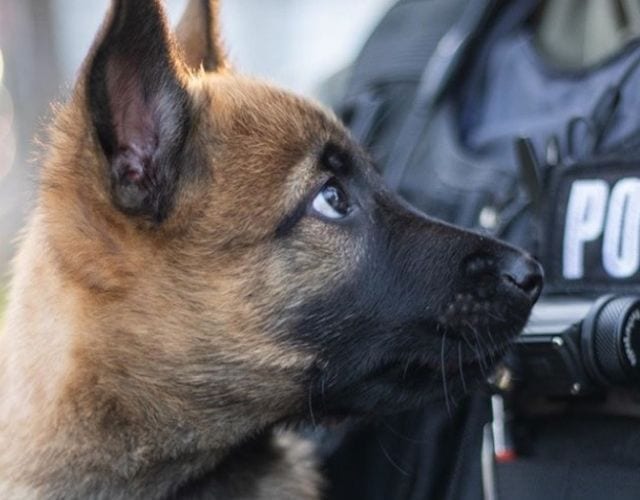