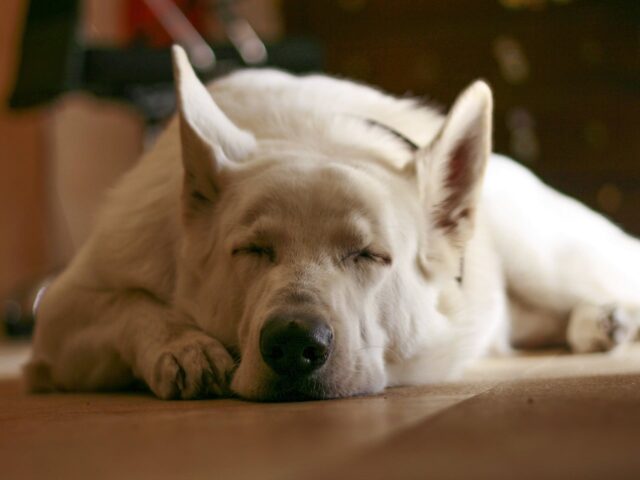 Arafa is a sweet blind dog who once lived in the streets without anyone caring for him. Despite that, Arafa still has lots of love to give. His best friend, Ahmed Embaby, can attest to that.

Ahmed volunteers at a shelter for dogs in need in Cairo, Egypt, called Furever Rescue Foster. It was because of this role that Ahmed and Arafa met. Back then, Arafa was a stray, living all alone on the streets. Sadly, Arafa is also blind, which made his condition even more difficult.

According to Ahmed, Arafa was already blind when they rescued him. The pup was one of the hundreds that they have saved. Now that Arafa is under their care, Ahmed always ensures to provide the pup’s necessities.

Since Arafa’s arrival at the shelter, he quickly developed a deep bond with Ahmed. In fact, Ahmed rarely leaves Arafa’s side these days. Ahmed considers the pup as his blind guardian, who follows him everywhere the whole day.

In the morning, upon Ahmed’s arrival at the shelter, he would immediately call Arafa’s name. Without fail, the blind dog would come running to greet him. Although Arafa’s world is filled with darkness, he seems to find a guiding light in his best friend’s voice.

Ahmed said that the euphoria that Arafa shows when he arrives at the shelter never ceases to amaze him. For Ahmed, this goes to show how unconditional and extraordinarily pure a dog’s love can be. Although there is no more cure for Arafa’s blindness, with Ahmed and the shelter workers’ dedication, the pup’s physical and emotional health has significantly improved.

Arafa is doing great now, said Ahmed, and he can’t be happier to see their rescue dog get better. However, Ahmed noted that, of course, the ultimate goal is to find him a forever home.