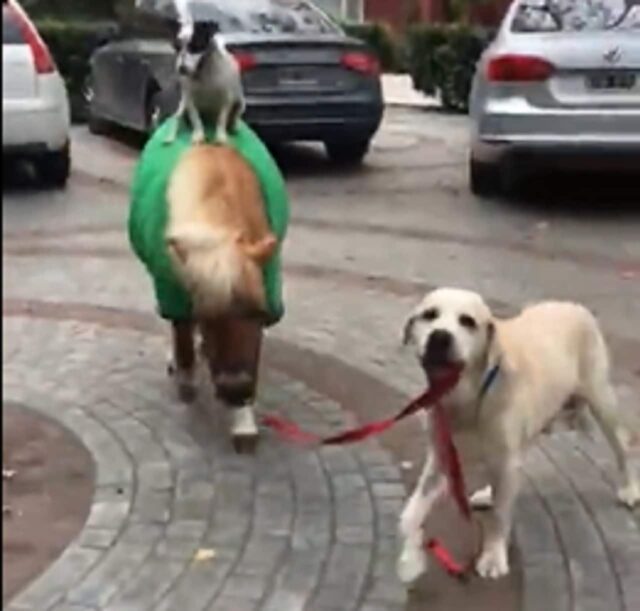 It’s not unknown to us how friendly our canine pals are. Wherever life takes them, dogs create beautiful friendships with everyone surrounding them, be it human or animal.

Thus, two adorable dogs stroll with a sweet pony on a sunny afternoon. Though the animal trio doesn’t do anything extreme in this video, it’s refreshing to see a horse and two dogs walking harmoniously with each other.

Come on, let’s go for a stroll!

In this interestingly endearing video, three animals walk together on a concrete road. One of the animals’ a brown-furred pony named Susana, while the other two are adorable dogs. 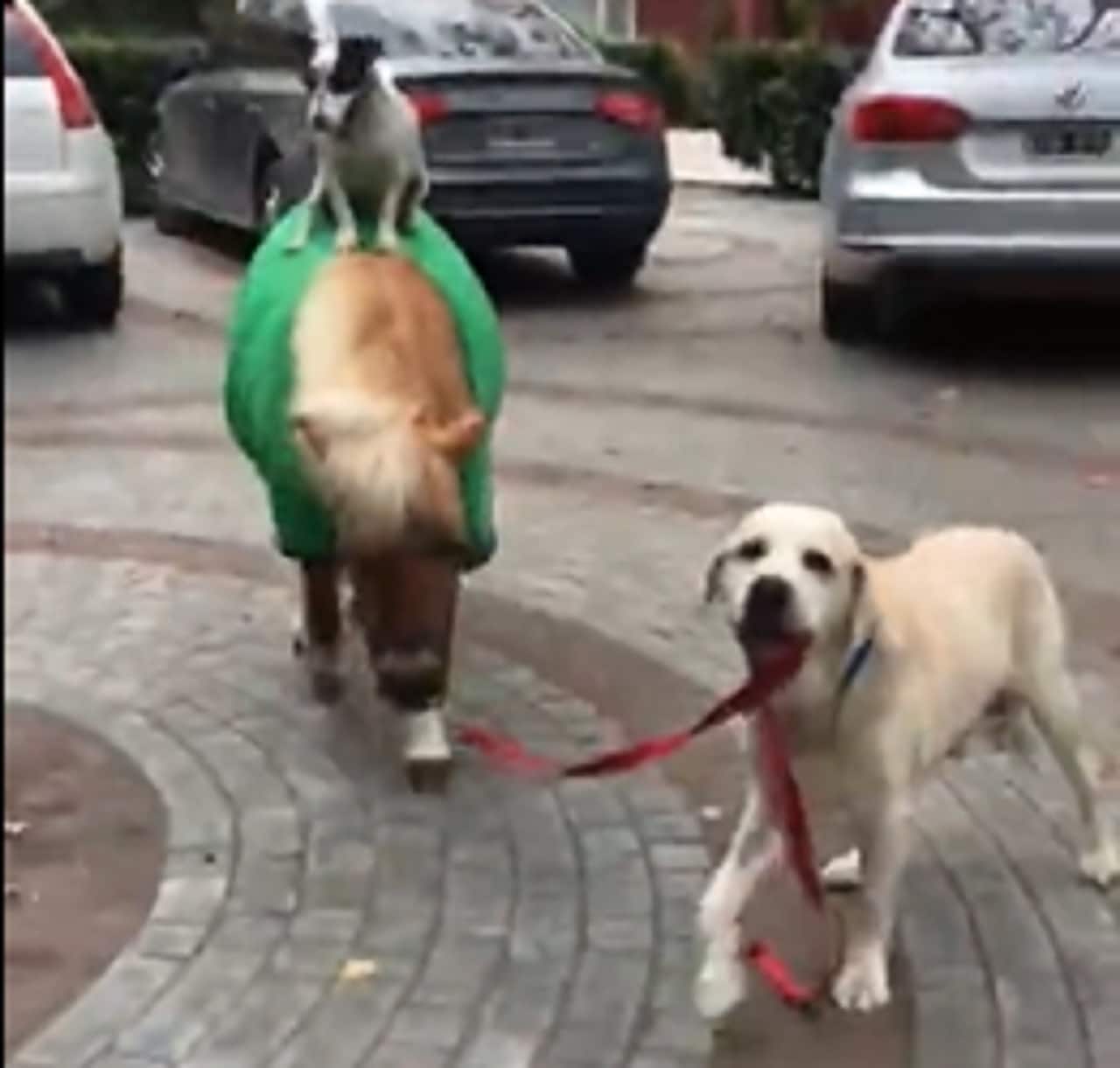 By the looks of it, Susana and her canine pals are up and about for a stroll one fine sunny afternoon. However, it seems the horse and the dogs planned how they’d go with their walk beforehand.

While Susana slowly trudges along the road, her white-furred doggy friend acts as the guide as it holds onto the leash with its mouth. But, the smaller, spot-furred doggo prefers doing some sightseeing as it rides atop Susana’s body.

Hey, hurry up a bit.

As the video progressed, the adorable animal trio carries on with their afternoon stroll. But, it seems Susana eagerly wants to reach their destination as she hastens her pace.

With this, the white-furred pooch struggled to keep up with the pony’s pace despite holding the leash. At some point, the dog even lagged behind Susana as the latter continues trotting. 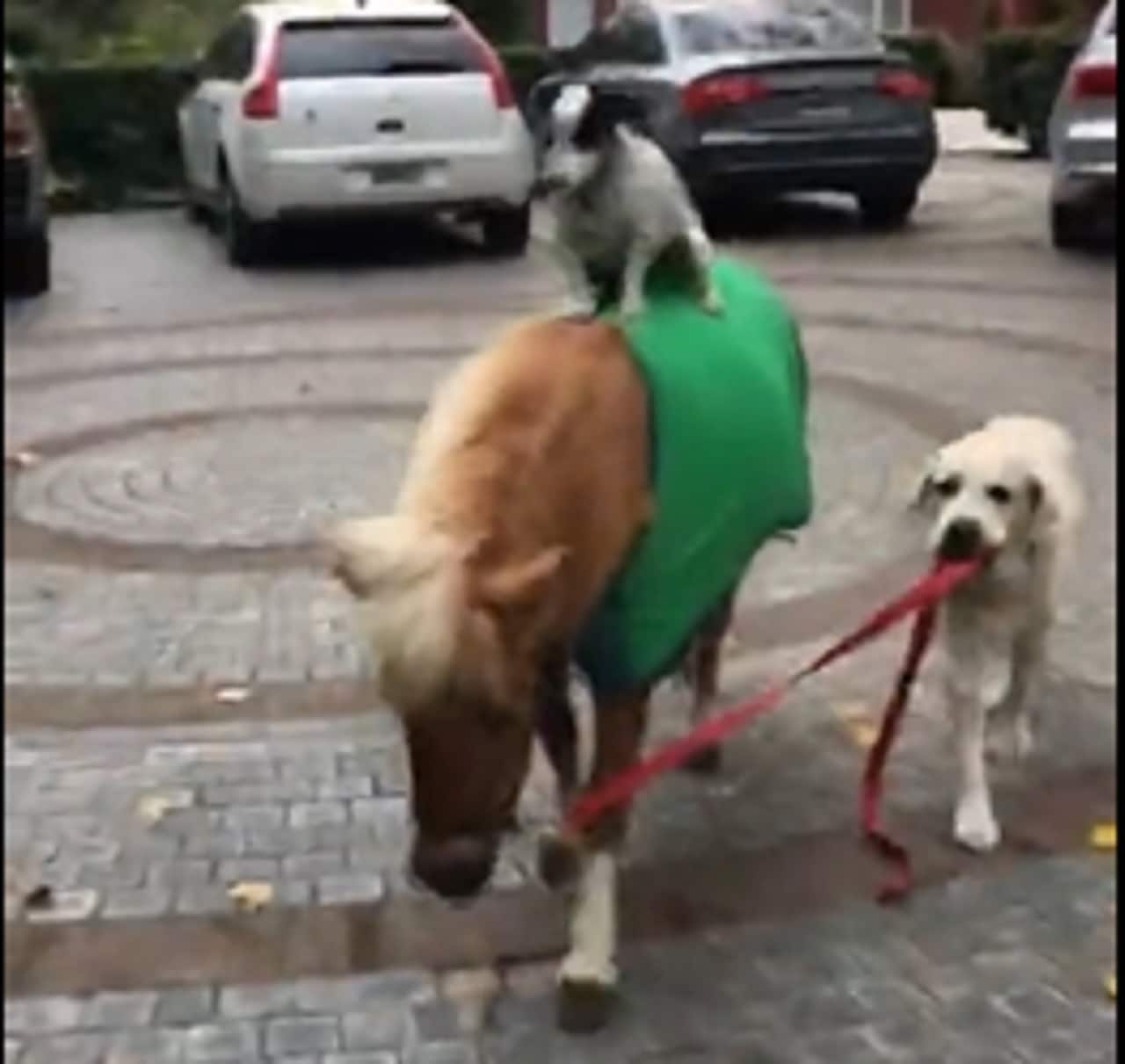 However, the white-furred dog finally managed to keep abreast of Susana’s pacing as she walks side-by-side with her. But, as to their spot-furred canine friend, it continues riding like a pro on the pony’s back.

Though there’s not much to see in this video, the mere sight of a horse and its canine friends happily taking an afternoon stroll’s enough to make one smile. Thus, if you don’t want to miss this unique opportunity, click the play button below.