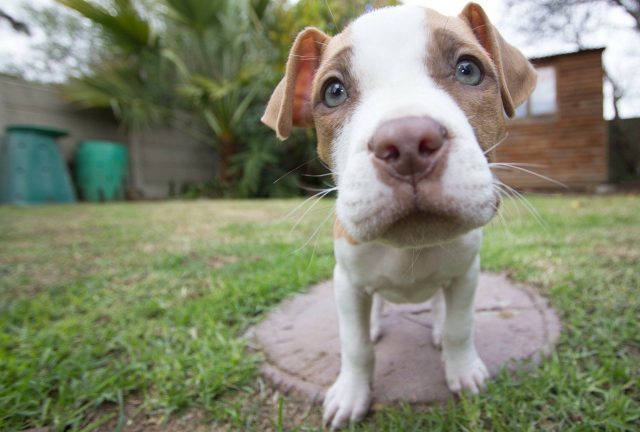 Elli Frank received a call one day from a jogger who found a puppy who needed rescuing. The caller said that she was jogging along a trail when a man suddenly appeared and threw a puppy in a dumpster. As a volunteer rescuer, Elli went down to the location to retrieve the dog. From the first moment she saw and met the dog, she knew that there was a problem.

When she was trying to get near the Pit Bull puppy, the dog showed the typical signs of aggression. The puppy was barking continuously, her lips were curled, and she was showing her teeth. Nevertheless, Elli took her in. She said that out of all the hundreds of dogs that she worked with, she had never seen so much rage in one small pup. She never got along with the other dogs and didn’t trust any human. Something had to be done.

Elli knew that the puppy, which they called Maddie, was a gentle and sweet dog inside. Maddie trusted Elli so she would be the sweetest pup with her. She just needed to learn to control her impulses. So Elli decided to bring Maddie to Suze Cullinan. Suze was a professional dog trainer that leads the instinct dog training center. They figured out that Maddie was removed from her mother at an early age and was starting to be groomed for dog-fighting. 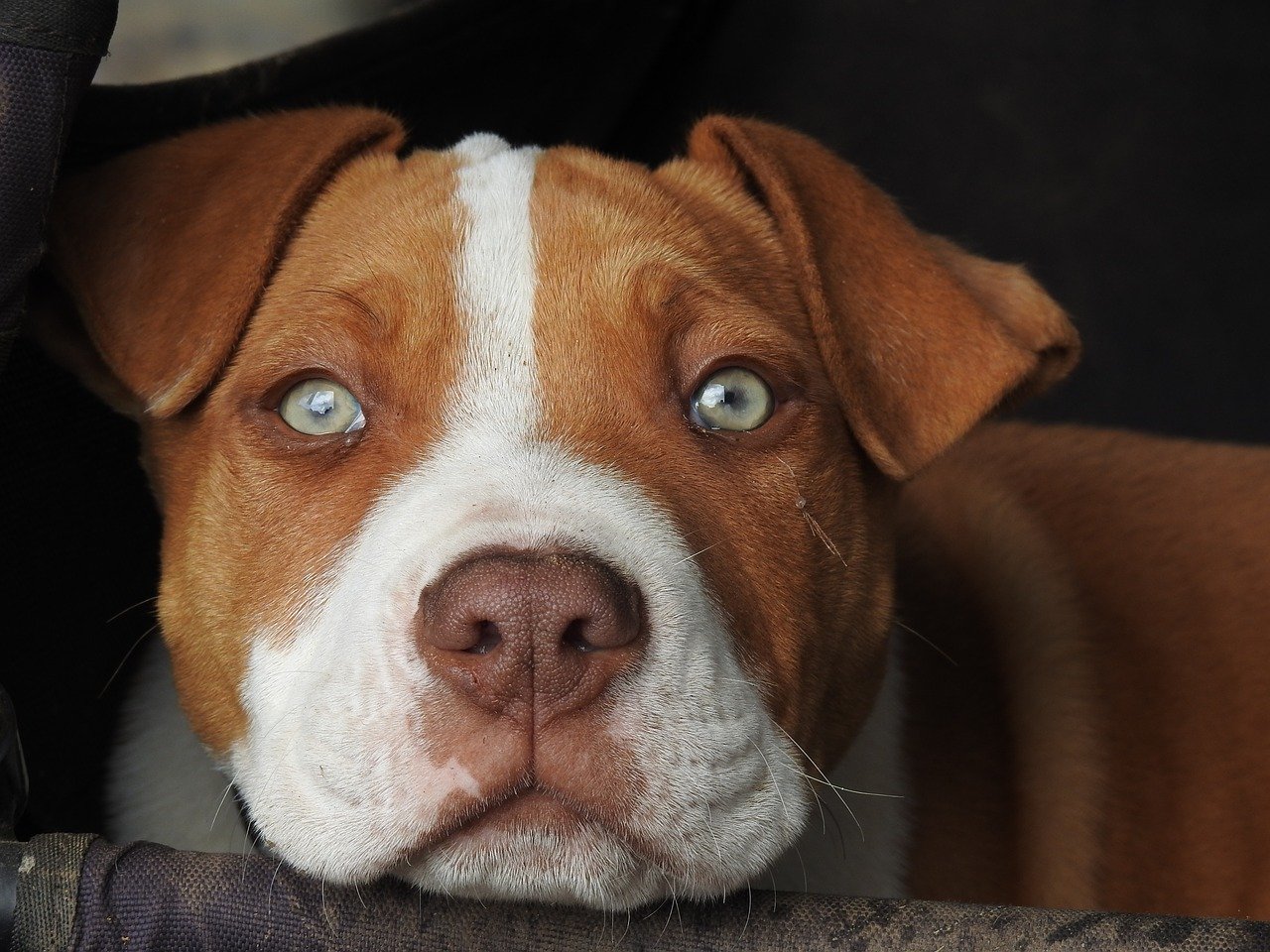 Suze started working with Maddie immediately. At first, she only allowed Maddie to interact with other dogs for a few minutes. She eventually began to show some progress. They could see that the pup was trying to control her impulses. They would also expose her to people that she doesn’t know and try to build up trust between her and humans. She had some struggles with that issue, but they didn’t give up on her.

Suze invested a lot of time and patience with Maddie, and after a year, they have made a lot of progress. They have also built a very strong bond between the two of them. So strong that Suze decided to adopt Maddie. Now, the angry little puppy is a lovable and well-trained dog that helps her mom train other dogs. It’s such a fantastic transformation that she has gone through.