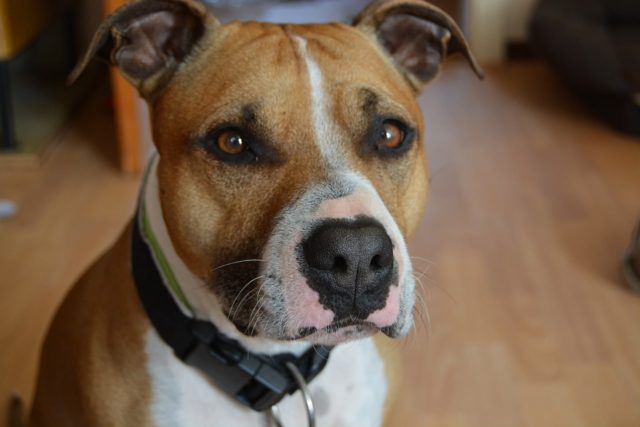 It’s incredible when two beings come together and change each other’s lives. That’s what happened to a pit bull and a convict. These two have the odds against them. They did not live good lives, but they are given a second chance to change. And they did.

Cayenne is a pitbull with behavioral issues. He was on the death row waiting list. This dog was not supposed to be alive today, but something changed and saved his life.

Some prisons have a program where they match a dog to a particular prisoner. This prisoner would then help train that dog. They would have a chance to get to know the dog and bond with it.

Because of this program, dogs like Cayenne are saved from death row. The prisoner that was matched to Cayenne was Sammy.

Sammy was very excited to get the dog. Sammy has expressed that when he saw the dog, he felt like it was Christmas morning, and Cayenne was his present.

Prisoners can’t express themselves in jail. This changes when they have a dog. They can express emotions with the dogs. They cuddle with them, they roll with them and play with the dogs.

Dogs provide a sense of contact. Cayenne and Sammy helped each other change their lives. Cayenne got his act together and learned to follow commands easily. His behavior has changed.

As for Sammy, he also started his life-changing journey. He has learned how to be responsible and how to be a man by taking care of Cayenne. Because of this, Sammy was released from jail as a happy and more matured individual.

This program has helped a lot of dogs and a lot of prisoners as well. It’s a testament that anyone can change even a dog and a convicted man.