Home Dog Stories 2 Years After He Was Stolen, Dog Reunites With Real Owner

One talent every dog has is their keen memory and strong intuition. Even in adverse moments, our pooches can show poise through trusting their guts.

It may sound impossible, but in the event a dog gets stolen, there is a high probability that once the dog is given a chance to reunite with his or her former owner, that pooch will still recognize.

This is what exactly happened to a family from Southwest Ranches who was reunited with their dog. Two years earlier, their German Shepherd went missing from their home. The family tried to look for the pooch to no avail.

Fast forward to two years later, the dog was found in Colorado when he got trapped in a ditch. It was a county marshall who first discovered about the dog and tried to trace his whereabouts.

Luckily the dog who was named Cedar had a chip implanted on him during his puppy years by a certain Dr. Kimberly Balasky. The daunting task of finding the real owner began from then on.

It was then in a day in March that the Peterson family got a call from authorities, asking them if they had a missing dog. While unsure how Cedar got there, the family’s instinct and trust went overboard, and they drove directly to the said place. 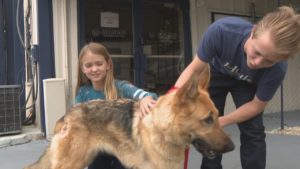 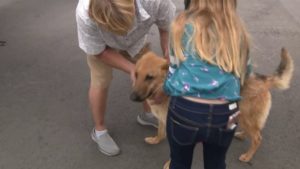 In a trip down memory lane, the Peterson family recalled how the Cedar, then a four-month-old puppy, got stolen from their home. They said burglars broke through their family home and took the poor dog away from them. 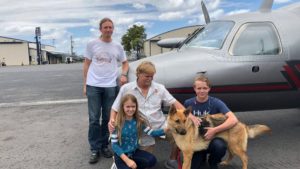 Doug Peterson, the head of the family, is more than thankful that their long and arduous wait and searching paid off. He explained that Cedar never forgot them because the dog immediately snuggled the family on the day they were reunited.

For Doug, pooches remember even the smallest details you teach them and that’s what happened with Cedar.